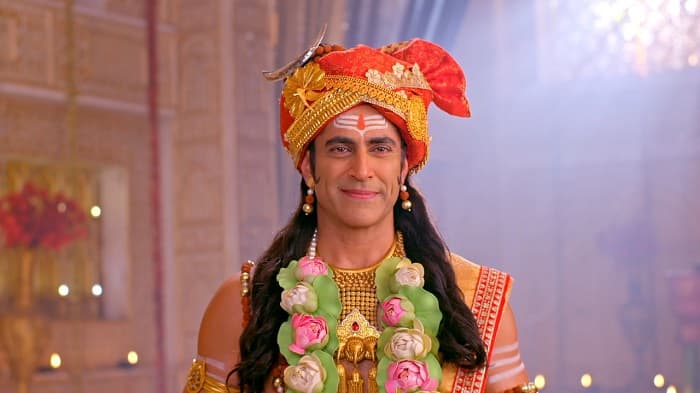 Mumbai, 19 November, 2020: Parvati requests her brother Vishnu to give a new look to Mahadev for their wedding. Vishnu smiles and takes Mahadev with him. Parvati names Mahadev’s new look as Sundareshwar. Later, Mahadev tells Parvati that he wants to eat food from her hands as he’s hungry. But Parvati doesn’t take him seriously and tells him to have food from his own hands. Mahadev shows his miracle during the bhoj and at last Parvati had to come to feed him.

Tune in to Dangal TV’s Devi Adi Parashakti from Monday to Saturday at 9 pm to know more.