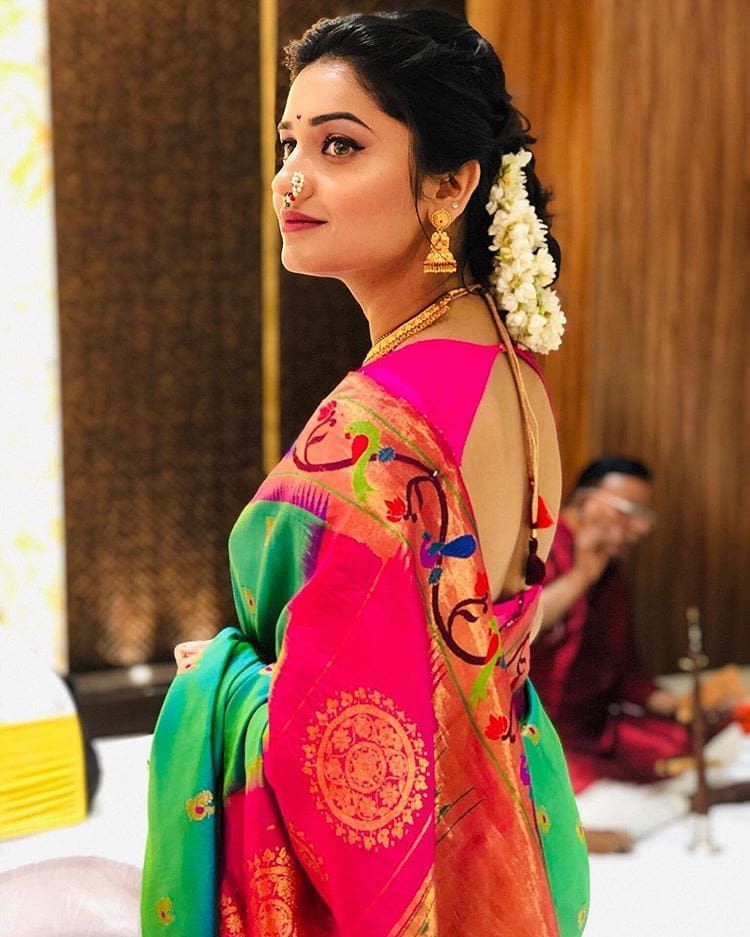 Hruta Durgule is making television come back very soon. While she will be seen with Ajinkya Raut for the Zee Marathi’s brand new TV show. As you all know Hruta durgule was part of Zee Yuva’s s one of the hit TV show phulpakhru. And Ajinkya Raut was last seen in Star Pravah Vithu Mauli. Both stars will be part of the zee Marathi upcoming project. The title of the show is not out yet. So check out complete details about it below.

Hruta Durgule is one of the popular actress in Marathi TV industry. While she has been part of various films also. She started her career from the Star Pravah’s show Durga. And later she was seen in Phulpakhru as Vaidahi. The actress became a household name during her TV shows. And finally after break of few months the actress will be back with new character.

on coming back on TV screens Hruta said “she feels like coming back home.” The actress will be paired opposite actor Ajinkya Raut. the details about their characters are not out yet.

Ajinkya Raut is also one of the well known actor in the entertainment industry. And the teaser of the show have not shown his face. But fans are certainly aware that he will play lead role in the show. Ajinkya Raut has won hearts of many people from the TV show with Vithumauli, where he played the role of Lord Vitthal.

Zee Marathi have released the Exclusive promo of the show. But they have not given the title of the sho yet. So fans are extremely curious about it. So more details related to the title cast and starting date of the show will be available on the page very soon.

Stick around with us to get the latest updates from new TV shows and television reality shows.