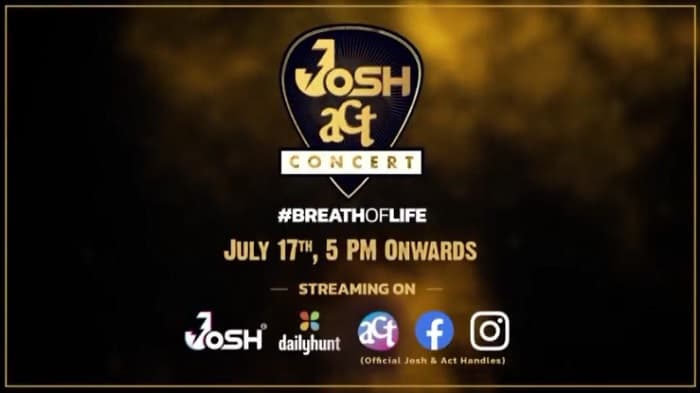 And TV has come up with the special show Joshact. The concert will be giving a ray of hope and inspiration to people during the tough times of the Corona Virus. Here are complete details about the JOSHACT Concert. Check out the names of the Host and find out where you can watch the live telecast of the show. Check JOSHACT Concert Host Name, Schedule, Where to Watch Live Telecast?

The JOsh act will be presented by the Bollywood star Saif Ali Khan. The concert will have one of the popular musicians performing their iconic hits. Josh act is a virtual fundraiser concert, which is organized in association with Act Grants. This campaign will give everyone the opportunity to come together and share how they are grateful. people can use hashtags like Mera Shukriya and I Thank You tags.

The Josh Act will take place on the 17th of July. The live telecast of the Joshact will be available on And TV and Zee Cafe from 5 pm onwards. While you can also catch the online broadcast of this event on the Josh app, Facebook, and Daily Hunt. Later the online broadcast of the show will be available on Zee5’s official website and app. You can download the zee5 app from the google play store and app store.

Stay tuned with us t get the latest updates from new tv shows. Also, don’t forget to check out the audition updates of upcoming television reality shows.