Here is All season winner Name of Mr. Punjab 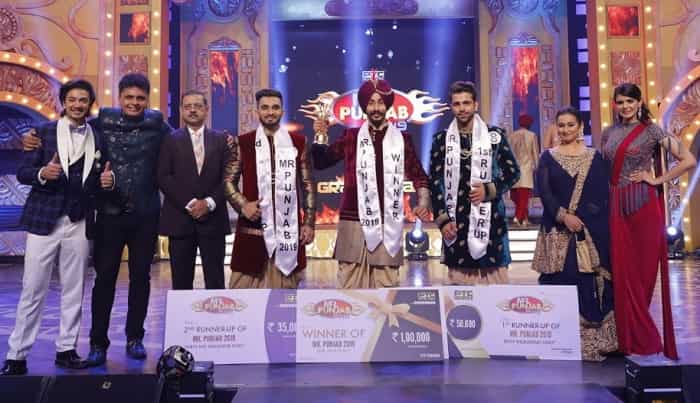 PTC Punjabi Mr. Punjab is one of the popular reality show in Punjab. The reality television show has given a huge platform to all young talented boys to make Grancareer in the fashion industry. The reality shows Mr. Punjab has successfully completed their various editions. Now check the Mr. Punjab Winner, Runner-up Name list, Prize Money.

The show has given an opportunity to work in the glamour industry. Here is the list of winners of Mr. Punjab of all season. Also, check out runner apps and prize money details of all seasons of the Modelling reality show.

Harmanveer Singh was the title of PTC Mr. Punjab 2014 title. He won the trophy and some Prize Money.

Gurlal Singh was crowned as the winner of the show. Sukhraj Singh got the first runner up position. And just Karan Singh was the second runner-up of the show.

Harpawit Singh was crowned as the winner of the show. While Arshbir Singh and Tarlok Singh git 1st runner-up and 2nd runner-up respectively.

Finalists of the reality show are selected by the votes of television lovers and audiences. Popular host Satinder Satti was the host of the grand finale of Mr. Punjab 2018.

The 2018th edition of the modelling reality shows Mr. Punjab was won by Avneet Singh. He got a huge prize amount of 1,00,000 rupees. And prestigious Trophy of the show.

While Balbir Singh was declared as the first runner-up of their modelling reality show. He was honored with 50000 cash amounts as prize money. And Khushpreet Singh was announced as the second runner-up of the show. he got 35,000 as Price amount.

After the completed the audition of this season, the show was started on July 22, 2019. And its grand finale was aired on 8 September 2019. Hoshiarpur boy Randeep Singh is the winner of this season. And he was awarded prize money of Rs. 1 Lakh.

Due to COVID19 not Organized: Mr. Punjab Winner Name of 2020

After the lockdown, the Mr. Punjab 2021 Online registration is finished and now the show is the air on PTC Punjabi channel.