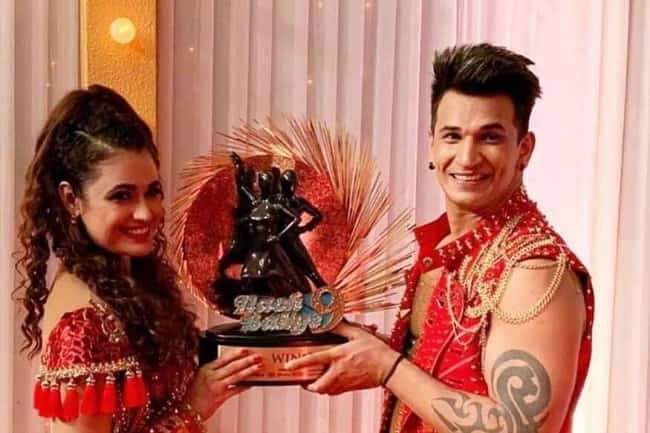 The Nach Baliye is an Indian Celebrity Dance reality show, broadcast on Star Plus after the second season. The show started in 2005 with first Nach Baliye on Star one television channel. It has a famous couple dance reality show. Now time to check Nach Baliye Winners Name from season 1 to till now.

In this show, 11 television celebrity couples compete against each other for Winning Nach Baliye Title. This is the successful dance reality show, its 8th edition completed and now back with Season 9.

The Nach Baliye season 1 started in 2005. Malika Arora, Saroj khan, and Farhan Akhtar were the judges while hosted by Shabir Ahluwalia And Sangita Ghosh. The first season was air on Star One from 17th October 2005.

After the successfully completed previous season, the show started with the new season in 2006. Malika Arora, Saroj khan, and Kunal Koli are judges while Shabbir Ahluwalia And Sangita Ghosh was host by the show. The Nach Baliye season 2 started to air on Star one channel.

Hussain Kuwajerwala And Tina give very tuff competition to GouriTonk and Yash Tonk and win season to the crown. Both are a famous television actor.

The Nach Baliye next season started in 2007, after getting big successful season 2. David Dhawan, Isha Koppikar, and Vaibhavi Merchant are the judges of the season. The Nach Baliye season 2 winner is Hussain Kuwajerwala and Tina Kuwajerwala.

Sanjeeda Sheikh And Aamir Ali are winners of the season while Abhishek Avasthi and Rakhi Sawant is the first runner-up the season.

The Nach Baliye season 4 started in 2009 after skipped one year. Aamir Ali and Sanjeeda Shaikh are the winner of the season 4, who hosted by season 4. Farah Khan, Arjun Rampal, and Karisma Kapoor were the Judges of the season.

Daljeet Kaur Bhanot and Shaleen Bhanot are winners of the season 4 beaten to another deserving dance couple Naman Shaw and Megha Gupta.

After getting more popularity, The show started in 2012 with new skipped with 3 years. The season judges were Sajid Khan, Shilpa Shetty, and Terrance Lewis. The host of the show was Karan Wahi and Gautam Rode.

Jay Bhanushali and MahiiVij won the trophy of Nach Baliye Season 5. While Ravi Dubey and Sargun Mehta was first runner-up.

After the completed Nach Baliye season 5, It next season started in 2013. Karan Wahi And Gautam rode are the host of the show while Sajid Khan, Shilpa Shetty, and Terrance Lewis were the judges. The show started to air on  9 November 2013.

The season 7 was the most successful of the Nach Baliye show. The season started On 19 July 2015. Where Chetan Bhagat, Preity Zinta, and Marzi Pestonji are Judges. While Karan Patel and Hrithvik Dhanjani have hosted by us.

Nandish Sandhu And Rashmi Desai was the first runner-up but Himmanshoo Malhotra and Amruta Khanvilkar giving tuff competition to another couple and win season crown.

Yeh Hai Mohabbatein couple Divyanka Tripathi and Vivek Dahiya is the winner of the Nach Baliye season 8 winners. They have win title with Rs 35 lakh cash prize, a Hero Maestro, and Ora jewelry.

Nach Baliye Season 9 starting from 20 July 2019 on Star Plus. After more weeks, the show has completed their grand finale on 3 November 2019. Prince Narula-Yuvika Chaudhary has announced the winner of the show.

Nach Baliye is a popular celebrity Dance Reality show, due to pandemic the show not organized in 2020. But after the gap, the show is going to start in June 2021. If you want to know about Start Date and Contestants list then visit our another post.