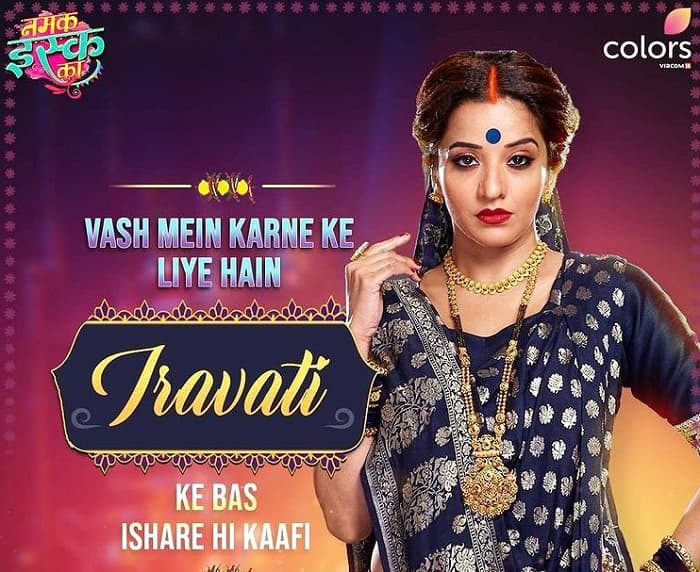 Namak Issk Ka is an upcoming show on the Indian Television Network. The show is going to be a telecast of the popular television channel Colors TV. Check out Complete details about Namak Issk Ka Cast Name List.

Namak Issk Ka a unique story where the Yug Pratap Rajput for whom his family’s reputation and name is everything decides to marry a dancer.

The show will be hitting the television screens soon this December. Namak Issk ka will start from December 7, 2020 at 9:00 PM.

Check out the complete details of the cast of the show Namak Issk Ka of Colors TV here.

Shruti Sharma will be in the role of ChamCham Rani in the show. She wil be playing a role of dancer in the show Namak Issk Ka.

Shruti Sharma is a popular actress who has been a part of many of the television shows. She made her television debut with the show India’s Next Superstars as a contestant.

The she was also a part of shows like Gathbandhan, Nazar 2, Yehh Jadu Hai Jinn Ka!

Not only this she was also a part of films like Pagglait a Hindi film and Agent Sai Srinivasa Athreya a Telugu film.

Mona Lisa’s role in the show Namak Issk Ka is going to be of the female antagonist. She will be playing the character of Iravati in the show.

Mona Lisa is a stage name of Antara Biswas. She has been a part of most of the Bhojpuri films and also has worked with Hindi, Bengali, Odia, Tamil, etc language films.

She was also a part of the popular television show Bigg Boss 10, Nach Baliye 8, and Kitchen Champion as a contestant. A few to name shows which she has been a part are Nazar, Divya Drishti, Nazar 2, etc.

Aditya is a actor and writer. He is a popular Bhojpuri actor and has worked in many of the films.

A few to name his works are Galiyaara: Into the Alleyways, Sugna 2, and many more. Shriman Shrimati is his upcoming Bhojpuri film.

He has also been a part of many of the reality shows as a contestant of the show like Bigg Boss 13, Nach Baliye 9, and many more.

This is the main star cast of the show Namak Issk Ka of Colors TV.

For more recent updates about the Indian entertainment industry stay tuned with us..!!.