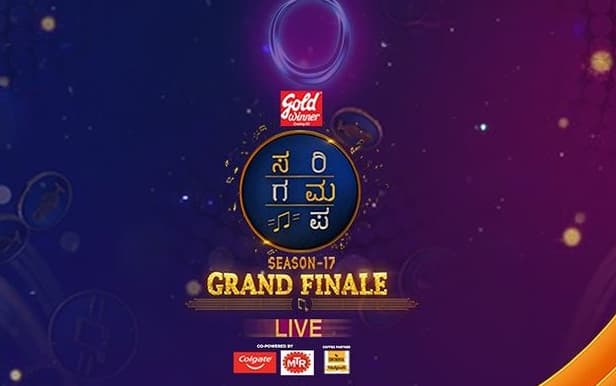 The names of the finalist of the Sa re Ga Ma Pa Season 17 are out. Ashwin Sharma, Sharadhi Patil, Kombada Rangayya, Kiran Patil, Shreenidhi Shastri are the final contestants of the show. So it will be definitely exciting to see who will emerge as the winner of the show.

The name of the winner of Sa re Ga Ma Pa season 17 will update on the page after the grand finale episode.

Business head of the channel Raghavendra Hunsur shared some excitement about the grand finale of the show to Times of India. He said “Sa re Ga Ma Pa has continued to grow in the heart of Kannadigas across the world witnessing an increase in participation with every passing year. This Seasons got an overwhelming response as more than a thousand participants across the state took part in the audition”.

He added “We are glad to provide a platform that encourages building singing talent in the state. The live final promises to be treat for the music-loving audience.”

Stick around here to get exclusive updates from television world.