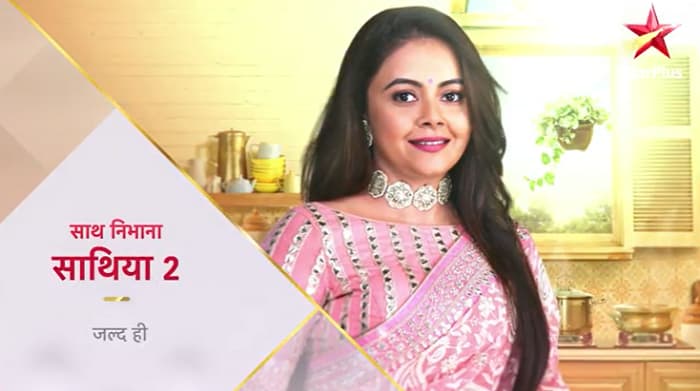 The popular TV show was launched 10 years ago. The TV show is still popular among viewers. The second season of the show is going to feature prominent actors in lead roles.

Recently a video clip from the Saath Nibhaana Saathiya with a remix from Yashraj Mukhate went viral. And it created a huge amount of buzz among viewers. So, the announcement of the Saath Nibhana Sathiya season 2 has created excitement among fans. Television lovers are happy to watch Kokila Ben and Gopi back on screens.

According to reports, Devoleena Bhattacharjee is roped in to play a pivotal role in the show. She has also shot the teaser video of the show. While Rupal Patel will be playing her iconic role of Kokilaben.

The names of the rest of the cast members of the show are not out yet.

The teaser of the show is shot, so we can expect the promo of the show will be out in a few days. The confirmed starting date of the Sath Nibhaanaa Sathiya is 19th October 2020.

And the show of the Star Plus show will be taking up the time slot of 9:00 PM.

The makers of the show have not revealed much about the Saath Nibhaana Sathiya. The previous season of the show featured a Vishal Singh Mohammad Nazim in pivoal roles.

Stick around here to get exclusive updates from the television world with auditions news like Singing, Dancing, Acting, and more.