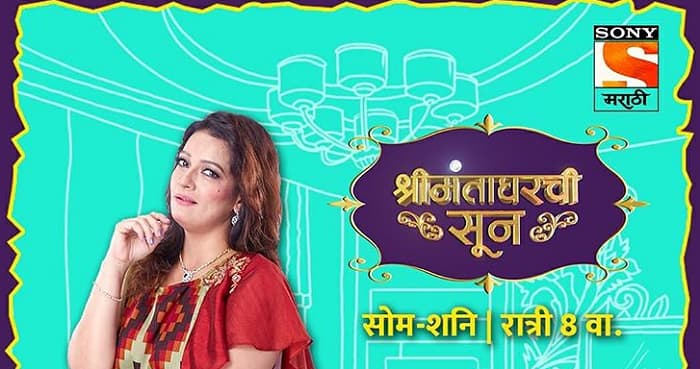 The plot of the show revolves around Aruna Karnik who loves her family a lot. And her daughter-in-law to belong to a very rich family. As she enters the house she is very polite, kind, loving, and like her.

The female lead of the show is Rupal Nand who will be in the role of Ananya. She is going to be the new daughter-in-law of the house who belongs to a very rich family. However, she is very humble, kind, and moreover respects her in-laws.

The male lead of the show is Yashoman Apte. Aishwarya Narkar will be in the role of Aruna in the show. She is very kind and loves her family a lot.

The other characters of the show are Avinash NArkar, Mansi Singh, and Falguni Rajni.

Shreemanta Gharchi Soon will be telecasting on Sony Marathi. It is a Marathi show. The show will be running for six days in a week that is from Monday to Saturday.

You can also enjoy the telecast of the show on the popular digital platform Sony Liv App.