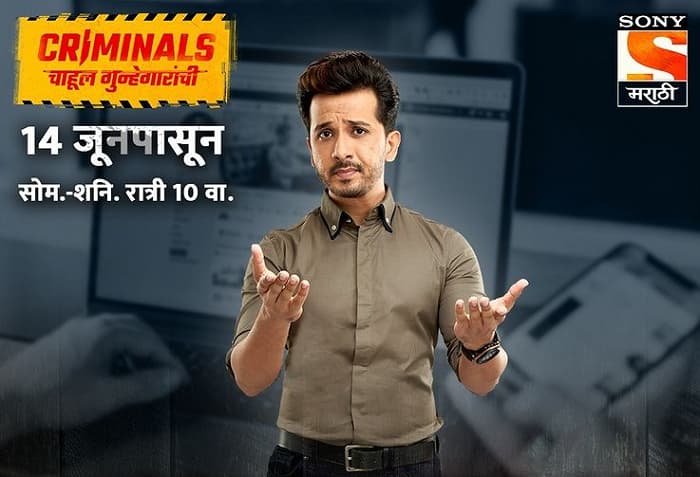 Sony Marathi is one of the popular TV channels in Maharashtra. The TV channel has released a number of popular hit TV shows. but this time they will be releasing a crime thriller drama. This upcoming project is titled Criminals Chahul Gunhegarachi. The TV show will have a very interesting plot. Check out complete details about the Criminals Chahul Gunhegarachi Start Date, Cast, Sony Marathi Schedule. Also, find out more information related to the host and cast of this crime thriller show.

Criminals Sahul vinegar acchi will feature extremely dangerous and spine-chilling crime stories. The promo of the show is out and fans are extremely excited to watch this TV show.

The promo features a family of a daughter, father, and mother welcome guests at their home. The relative seems very suspicious of the daughter. daughter even mentioned this to her mother. After some time relatives at their house kills their parents and tries to kidnap their daughter. Now the rest of the story will be out on the 1st episode of the show.

The crime thriller drama will host by Abhijit Khandekar. Abhijeet Khandekar is of a popular film and television actor. he has been part of many TV shows. recently was seen in Zee Marathi Mazya Navryachi Bayko.

Sony Marathi Criminals Chahul Gunhegarachi will be episodic. Every episode will feature talented actors. The names of the star cast of the show are not out yet.

Criminals Chahul Gunhegarachi will be on air in the month of May. The confirmed starting date of the show is not out yet. The online broadcast of the show will be available on SonyLiv’s website and app. You can download the SonyLiv app from the app store.

Stay tuned with us to get latest updates from new TV shows. Also don’t forget to check out audition update of upcoming television reality shows.