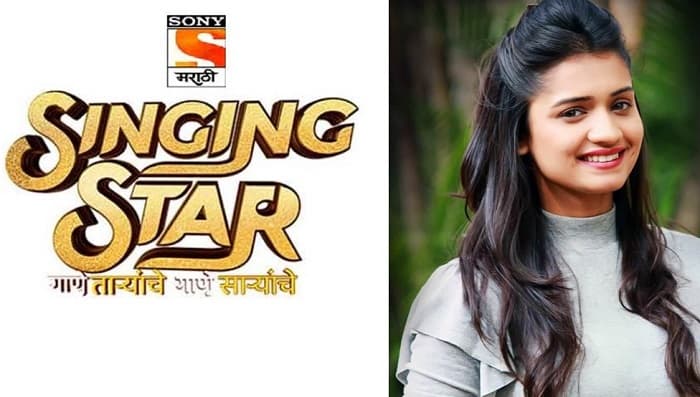 Popular Marathi Television actress Hruta Durgule will be back on screens with a new project. According to exclusive sources, the popular TV actress will host new Sony Marathi television reality shows. so check out complete Marathi Singing Star Host.

Hruta Durgule has a huge fan base. The actress became a household name during her stint Zee Yuva’s Hit TV show Phulpakhru, in which she played the character of Vaidahi. Her acting skills won the hearts of millions of television lovers. The TV show went off air and fans were missing her from the TV screen. But finally, the actress will be back with a new project. She will be hosting a new TV show on Sony Marathi.

Hruta Durgule will be hosting Sony Marathi’s upcoming singing television reality show ‘Singing Star’. This will be the first the actress will be seen as host. She will be making her debut as a host on the TV screen. Fans are extremely excited to watch her in a completely new Avatar.

So stay tuned here to get latest updates from Sony Marathi’s new show Singing Stars. It is expected that the TV show will be on air in the month of August.

Sony Marathi upcoming TV show Singing Stars will be giving Golden opportunities to talented singers across Maharashtra. the TV show will be entertaining for sure.

You will be able to watch the show on the TV screen and online broadcast on SonyLiv official website and app.

Stick around here to get the latest updates from new TV shows. Also don’t miss out on important audition details of the upcoming television reality show.