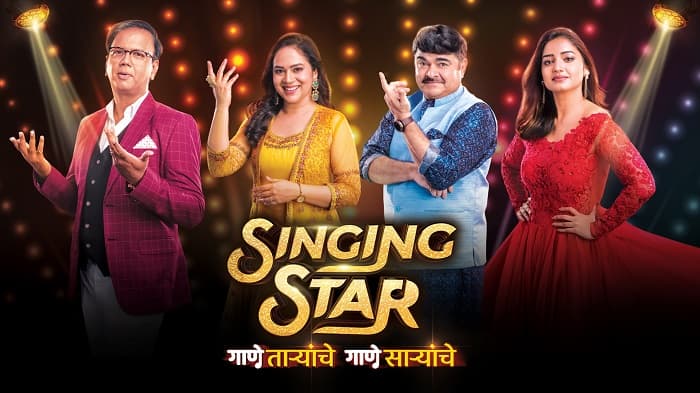 Sony Marathi Singing Star is singing reality show for all the singers out there. The show is a telecast of the Marathi channel Sony Marathi. When starting Sony Marathi singing star Season 2.

After the success of the previous season, the makers of the show are all set to bring season 2 of the show Singing Star.

Singing Star is a platform for all the singers who have the singing talent and can reach the hearts of people with their melodious voices.

Season 2 of the show will soon take on its wheels and it is expected to start soon. The show is expected to go on air in the first half of the upcoming year.

However, the makers are yet to announce the start date of the show.

The show will take on air after the audition process. Auditions for the show will be starting soon in the upcoming weeks.

We will soon be updating you with the details of the show here on this website.

Till then make sure to stick around here for the latest updates.

Singing Star is a popular singing show that provides a platform for all the singers who have singing talent in them.

Season 1 of the show was a great hit where the grand finale was hosted with all the COVID-19 precautions. It is Swanandi Tikekar who wins the title of Singing Star and becomes Maharashtra’s first singing star.

Swanandi Tikekar had the mentor Rahul Raut in the show. Aastad Kale wins the second prize for season 1.

The judges for season 1 were Salil Kulkarni, Prashant Damle, and Bela Shende.

The show has the popular host Hruta Durgule the popular Marathi actress on Indian Television Network.