Sony Marathi To launch a new show with an entertaining storyline 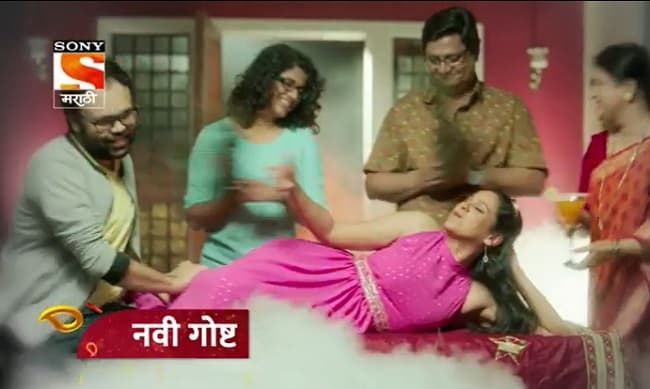 Sony Marathi is one of the top Marathi television networks. The channel has released many hit TV shows. While it was in news for its popular show Aai Majhi Kalubai. Now the channel is all set to launch a new show with an interesting concept. Check out complete details about Assa Maher Nako G Bai Cast Name here.

Sony Marathi gearing up to launch the new show ‘Assa Maher Nako G Bai’. The TV show will have a very interesting plot. The promo of the show is receiving a lot of love from fans. It will have one of the talented actors in pivotal roles. Dil Dosti Duniyadari Fame Swanandi Tikekar is making her comeback on TV screens with this new show.

Sony Marathi Ass Maher Nako Ga Bai will be a light-hearted comedy TV show. It will feature a story of Sakhi, who is living at her parent’s house after her marriage. Later her husband also joins her and the duo gets extra pampered by their family members. It will showcase some exciting and funny events of the family. The promo of the show is fun to watch.

Sony Marathi Ass Maher Nako Ga Bai will hit TV screens in few days. More details related to the starting date and broadcasting schedule of this show will be available on the page very soon.

Recently the channel launched their exclusive show Shreemanta Gharchee Soon. The family drama is receiving a positive amount of response from the audience.