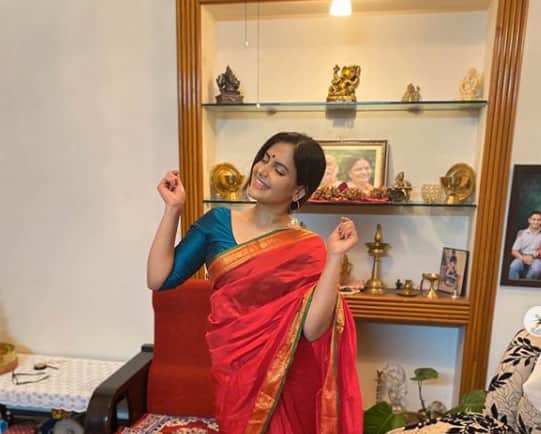 Sony TV is gearing up for the brand new tv show. This upcoming tv show of channel is titled as ‘9 Months‘. The Daily Soap Opera will have a very unique plot. According to exclusive reports, Shruti Prakash is roped in to play pivotal roles in the show. Check out complete details below and find out more information about Sony Tv’s 9 Month below.

Sony TV 9 Months is produced by Rangrezz Production. The tv show will be based on IVF treatment (In Vitro Fertilization). Shruti Prakash will be seen in a very important role. She is a prominent tv actress. Along with the acting, she is also good at singing.

Shruti Prakash was playing the parallel lead role in star plus’s hit tv show ‘Saath Nibhaana Sathiyaan’.While she also participated in the 5th season of the Big Boss Kannada. It will be interesting to see her on screens after a long time.

Along with the Shruti Prakash, Sony TV new tv show 9 months will also feature many talented actors and actresses. Akshay Mishra will be seen in an interesting role. He became popular during his stint in Sony Tv’s 9 Month.

Sony TV will be launching a few new tv shows. More details relative to the new project of the channel will update on the page very soon.

Stick around here to get exclusive updates from the new tv show. Also, check out auditon updates from new television reality shows.