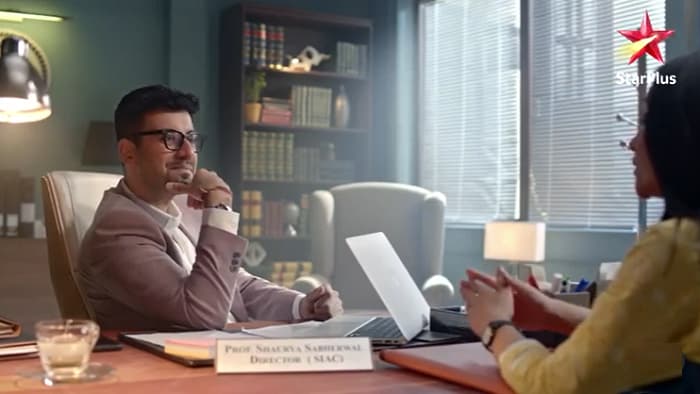 Star Plus is one of the popular Indian television networks in India. The TV channel has launched many hit shows like Anupama, Yeh Rishtey Hain Pyaar Ke, Yeh Rishta Kya Kehlata Hai and many more. Recently channel launched a new show titled Imlie. And it is receiving a massive amount of positive response from fans. Now the channel is gearing up to launch a new show titled as Shaurya Ek Anokhi Kahani. The promo of the show is out. So check out Shaurya – Ek Anokhi Kahani Promo.

According to sources from Indiaforums Shaurya Anokhi Kahani will be the remake of Bengali popular show Mohar.

The TV show will showcase the story of an undergraduate student who has big ambitions. It will feature her journey to pursue her dreams.

The promo of the show is out and. it is getting a lot of attention from television viewers. In the promo, we can see that Karanvir Sharma is playing the role of professor. He is waiting for the prospective candidates. A female candidate appears for an interview and tells him about her ambitions. listing to that shaurya’s inner self thinks how women should not be supposed to think about big dreams. Or else who will take care of their kids.

Shaurya will be on air in a few days. More details related to the starting date of the show will be available on the page here. So stay tuned to get latest updates from the cast of a Star Plus’s new show.

Stay tuned with us to get latest updates from new shows. Also, don’t forget to check out audition updates upcoming television reality show.