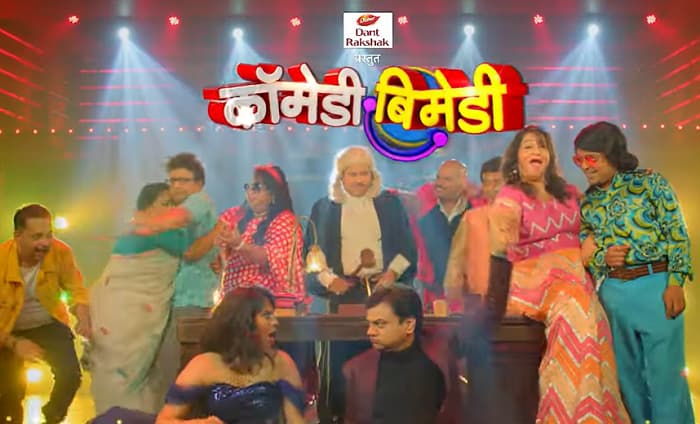 Star Pravah is gearing up to launch a new TV show very soon. The upcoming TV show is going to be a comedy tv show titled Comedy Bomedy. it will feature one of the talented television actors in lead roles. Also, the storyline of the show is very entertaining. Check out complete details about the release date of comedy Comedy. Also find out more information related to the broadcasting schedule, cast of the show.

Kishori Ambiye is currently working in Zee Marathi Mazya Navryachi Bayko and Star Pravah’s Sahkutumb Sahpariva. She has been part of many popular movies also.

While Anshuman Vichare, Santosh Pawar, Aarti Saluke, Kamlakar Satpute, Digambar Narayan Naik are one of the popular comedians and actor in Marathi industry. Fans are definitely excited to see them back on screens with a new project.

Stick around with us to get exclusive updates from the television world. Also, don’t forget to check out audition updates of the upcoming television reality show.