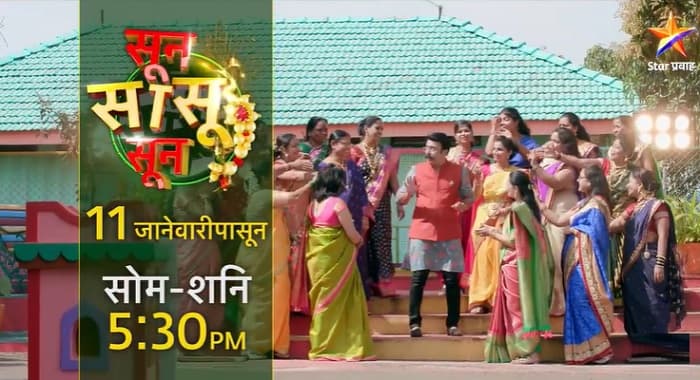 Sun Sasu Sun is a brand new television reality show. the TV show will telecast on Star Pravah. The exciting promo of the show is out. and fans are already curious about the concept of this TV show. so there are complete details about the starting dates and broadcasting schedule of the show. also, check out more details related to the Sun Sasu Sun Start Date, Time, Cast Name, Star Pravah Serial 2020.

Star Pravah’s Sun Sasu Sun is going to be one of kind TV show. And it will be entertaining for sure .

Sun Sasu Sun will hit TV screens on 11th January. The TV show will broadcast on every Monday to Saturday at 5:30 p.m.

Pushkar Shrotri will host this TV show. he is one of the prominent and theatre actor. he has been part of many hit movies and shows. he was last seen in Katyar Kaljat Ghusli, A Paying Ghost, Rege, Jhakas. Recently he also appeared on Comedy Bimedy, which is one of the popular Comedy Show on Marathi television screens.

Stay tuned with us to get latest updates from new TV shows, Also don’t forget to check out audition updates of an upcoming television reality show