New show Sarasu To Hit TV Screens on this date: 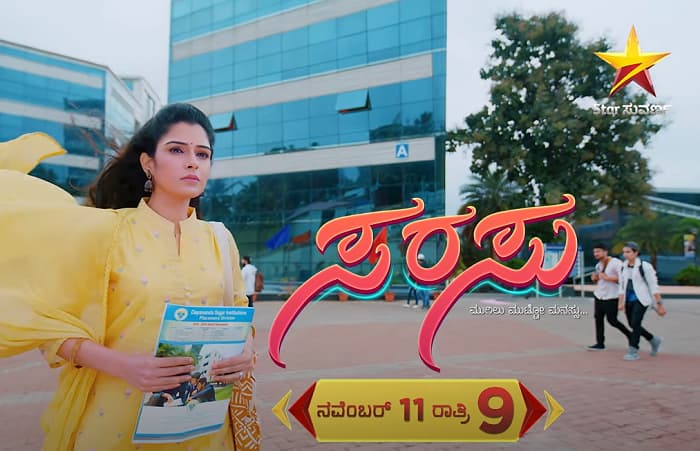 Star Suvarna is coming up with a new TV show very soon. The brand new TV show on the channel is titled and Sarasu. The TV show will be on air very soon. The final starting date of the show is out now. So check out computer details about it below. Also, find out more details related to the Star Suvarna Sarasu Starting Date, Serial Cast.

The TV show will feature a very entertaining and interesting story. It will revolve around an undergraduate student who wants to become a teacher. But her father forces her to get married. the student follows her dream. Sarasu will feature the journey of a girl who will achieve her all dreams.

According to sources, Sarasu is a remake of Bengali popular show Mohar. The promo of the show is launched and it is receiving a lot of love from fans. Television lovers are highly anticipating this brand new TV show.

Sarasu will hit TV screens on 11th November. The TV show will broadcast on Star Suvarna. While online broadcast of the show will be available on Hotstar’s official website and app.

Sarasu will have talented actors in a pivotal role. The TV show will feature Supritha Sathyanarayan and Skanda Ashok in the lead role. This is the first time that the duo will share screen space.

Supritha Sathyanarayan is one of the popular Television actress. She has been part of TV shows like Seetha Vallabha. While the Skanda Ashok was seen in Radha Ramana. The names of the rest of the cast members of the show will be available on the page very soon.