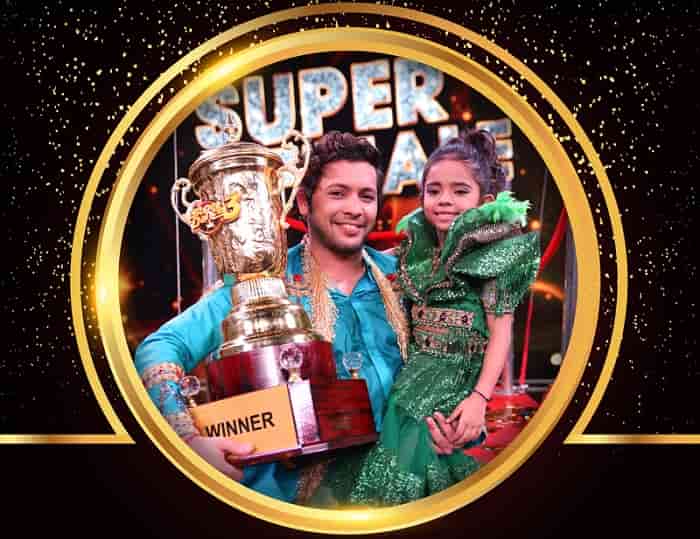 Super dancer is an Indian dancing reality show. The shows are broadcasted on the sony channel. The show has provides the best platform for all talented kids. And it directs their hard work and talent in the right direction. Check Super Dancer Winner Name List and Prizes.

Rithvik Dhanjani and  Paritosh triparty are hosting the show for constantly for 2 seasons. While the show is judged by Bollywood actor Shilpa Shetty, Bollywood choreographer Geeta Kapoor, and Bollywood director Anurag Basu.

The super dancer has given the platform to kids to showcase their talent. And have successfully found the best dancers in the country. So, here is the Sony TV Super Dancer winners list.

finalist for the season 1 with their Gurus :

Bishal Sharma is the winner of the super dancer chapter 2 winner. He has not won the only trophy but also Rs 15 lakh prize money. Bishal Sharma from Jorhat, Assam and his age is 12 years old.

Shilpa Shetty, Geeta Kapur, and Anurag Basu are judges of the season 2 while Rithvik Dhanjani and Paritosh Tripathi host of the show. Bishal beat to Akash Thapa, Vaishnavi Prajapati, and Ritik Diwaker, so following are the runner-up of the season.

After the two successful seasons, the Super Dancer is back with a fresh season. And finally, the grand finale takes place on 23 June 2019 at 10 PM IST.

Rupsa Batabyal from Kolkata is the winner of the show. She is a 6-year-old girl and she is awarded a cash prize of Rs 15 lakh while her guru Nishant Bhat got Rs 5 lakh.

After the three-season, the show comes back with a new season in 2021. The previous season was very successfully held. Now online Auditions Started for Super Dancer Chapter 4.

The show will start soon on Sony TV Screen. So stay turned for the latest News of the Popular Dancing Show.

The concept of the show

So basically, prodigies are selected on the basis of there auditions. Then after successfully completing the audition round, each contestant is given one of the best choreographers. The contestants and the choreographer will perform together.

The choreographer will mentor the contestants and finally the pair with high votes from the audience and the higher points from judges will win the show.