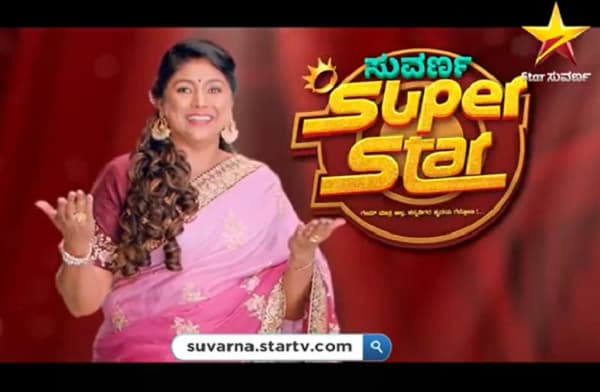 Popular channel Star Suvarna is coming up with a new TV show very soon. The upcoming TV show on the channel is named Suvarna Super Star. The TV show will hit the TV screen in a few days. So here are our complete details about the format of the show. Also, find out the Star Suvarna Super Star Start Date, Host, Promo, and Schedule.

Star Suvarna has already launched many popular game television reality shows. But this time the channel is coming up with a unique one. Suvarna Super Star will only feature female contestants.

Usually the television reality shows or game shows broadcasts on weekends. But this time Suvarna Super Star will broadcasts during weekdays also. The promo of the show is out and fans are already excited.

Suvarna Super Star will be host by talented and prominent television personalities Shalini Sathyanarayan. She was seen in the popular children’s television series Chinnara Chilipili. The actress has shared her excitement on joining this TV show to Times of India.

She said “Women who have achieved big things in life. While also looking after their family and children will be playing various games on the show. There is no age limit. As a host, I will also be a cheerleader for all the contestants participating”.

She added “The format of the show is such that I can connect with all contestants as I don’t fall into celebrity category. Which makes the contestants play without any inhibitions. This is also the first time hosting a complete game show which requires high energy to encourage contestants”.

Stick around here to get the latest updates from new shows. Also, don’t forget to check out audition updates of new upcoming television reality shows.