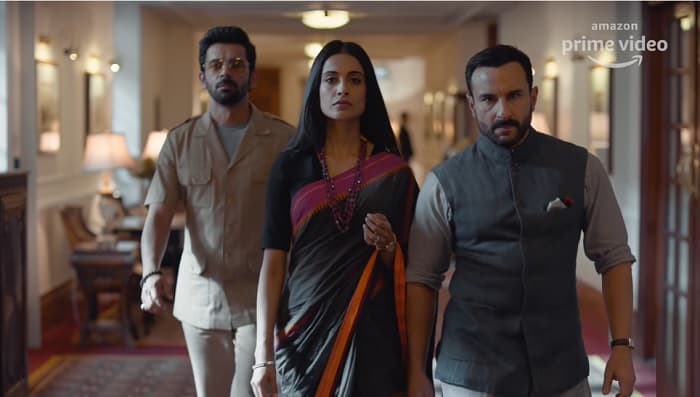 Tandav is an upcoming web series, that will soon release on amazon prime. The web series will have Saif Ali Khan, Dimple Kapadia, and many more in the pivotal role. The trailer of the show is out. And it has created a huge amount of buzz among fans. So, here are some details about the story and cast of the Amazon Prime Tandav. Also check out more information related to the Prime Video Tandav Release Date, Cast, Trailer, Watch online on Amazon.

Tandav will be a political drama. The story of the show will revolve around the capital city of the world’s largest democracy Dilli. It will take you the closed, chaotic doors of power and manipulation and will revel the darkest roots of Indian politics. The web series will be filled with interesting twists and turns.

The Web series will release on Amazon Prime on the 15th of January. to watch this show, you will need to sign up for the premium membership of the Amazon Prime. Check out Amazon Prime’s official website for the details.

Ali Abbas Zafar is the director and the writer of the show. While it will have many popular Bollywood actors in pivotal roles.

Saif Ali Khan, Kritika Kamra, Dimple Kapadia, Sunil Grover, Mohammad Zishan Ayub will be playing the pivotal roles in the show. While actors le Sukhamani Sadana, Kritika Avasthi, Bhavana Chaudhary, Vikhyat Gulati, Kunal Gupta, Tasneem Khan, Jatin Sharma, Indra Mohan Singh, Latin Ghal and many more will play important role in the show. The names of the rest of the cast members of the show will be available on the page very soon.

Stay tuned with us to get the latest updates of the upcoming tv shows. Also, check out audition updates of an upcoming television reality show.