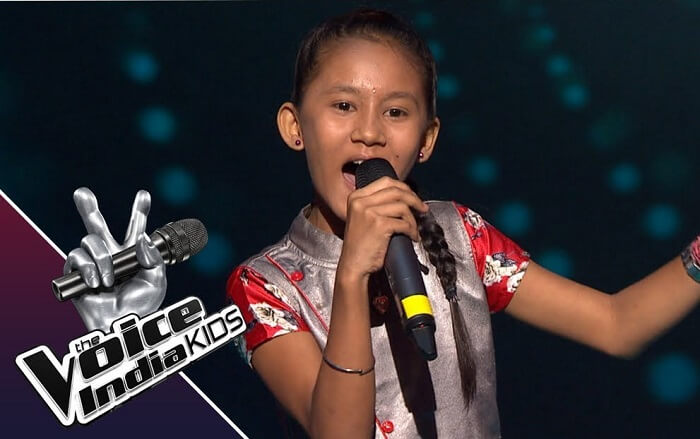 The voices India kid is an Indian singing reality show. The show is basically based on the popular Dutch show the voice. While it is broadcasted on the Indian television network AND TV. The show is being hosted by the popular television actor Sungandhaa Mishra and jay bhanushali. The voice India have a popular panel of mentor and judges. The show was gaining a lot of attention because of the concept of the blind audition. The voice kid India has given the opportunity to a lot of young talented singer to create their singing career at the young age. So check the Voice India Kids Winners list and Prize Money.

So, the contestants have selected by the blind auditions. The Selected contestant will be divided into groups. And each group will be a mentor by the mentors. and later the contestants compete in the battle group.  After the battle competition, contestant to live show and then semifinals. And at the fin winner will be selected on the basis of the votes and points.

The voice India kid is the best platform for all talented young kids. The reality show has provided kid best singing careers ahead. the show has helped the improving there singing skills and sharpening their talent. The voice India have found a lot of talented singers. so, here is the winner list of the two season of voice India kids. Along with their huge prize amount details.

The first season of the show was won by the Nishtha Sharma, she is 10 years old girl and living in Uttar Pradesh. She was awarded huge received a cheque of Rs 25,00,000. Along with a recording contract from Universal Music.

She was from the Neeti Mohan team. She has belonged to a musically inclined family of Sultanpur. Shaan, Himesh Reshammiya, Shekhar Ravjiani and Neeti Mohan was the Judges.

Manashi Saharia is the winner of the Season 2 Trophy, she has the contestant from Team Palak Muchhal. She not only receive the trophy but also received a cheque of Rs. 25,00,000 with a recording contract from Universal Music. She is from Asham, India and she is 11 years old.

Nilanjana was the first runner-up while Shruti was the second runner-up of the season. Each runner-up also awarded a cheque of Rs. 10,00,000. Not only that but also all the Top 6 contestants were awarded gift hampers.

Shaan, Palak Muchhal, Papon and Himesh Reshammiya are Judges of the season while Jay Bhanushali was the host of the show. Sugandha Mishra, she was also part of the show.

After the previous season the popular show of the Kids singing show back with the new season. The Auditions of The Voice India Kids will start in few weeks. After the Auditions and Registration, the show will start on TV Channel.

This time auditions and Registration will start Online from home. So get ready for the your melody voice kids.