Sumit Saini being crowned as The Voice winner (Indian Season 3) 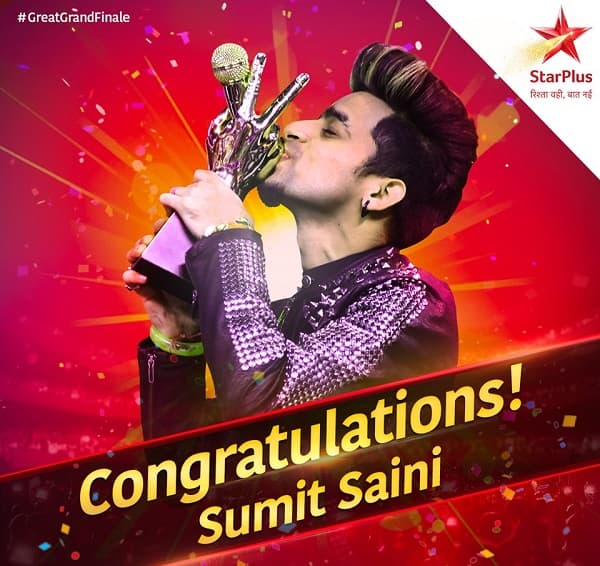 The voice is an Indian reality singing show. It is based on the original Dutch version of the program created by John De Mol. And it’s part of the wide international franchise. The series consists of panel od four judges. Who critics the performance of the contestants. Each coach guides their team of particularly selected contestants throughout the course. The contestants compete for each other in the form of teams. Now time to meet The Voice winner Name of till now.

The show was First started in the year of 2015. AND TV is a broadcaster of the Voice India. The voice India have completed there two seasons. The show has got two winners. The voice India singing reality show gave a big platform to all hard working and talented Singers.

Pavandeep Rajan was announced as the winner of the first season of the Voice India Season 1. He got 5 lakh of the cash price and one Maruti K10. Along with this grand prizes, he also got his first single music contract with the universal music.

The runner-up of the show was Deepesh Rahi. Parampara Thakur and Rishabh Chaturvedi was the 3rd and 4ht runner-up. Pavandeep Rajan. he was from team Shaan.

Indian television actor Karan Tacker was the host while Meet Jain was the presenting the backstage of the show. Himesh Reshammiya, Sunidhi Chauhan, Shann and Mika Singh were the judges of the first season.

Farhan Sabir was announced as the winner of the second season of the voice India. He also got 5 lakh of prize money and one music contract with the universal music.

Rasika Borkar was the runner-up of the season 2 while Parakhjeet Singh 2nd runner-up and Niyam Kanungo 3rd runner-up. Farhan Sabir, he was also from team Shaan.

After the second season, the show will come back with the new season in 2018, after the voice India kids. The Voice (Indian Season 3) was started on 3 February 2019 on StarPlus. Now Star Plus has held the rights from Season 3.

After the more weeks, the Sumit Saini has announced the winner on Grand finale, which is held on 4 May 2019. The Sumit is won the trophy along with prize money of Rs 25 lakh.