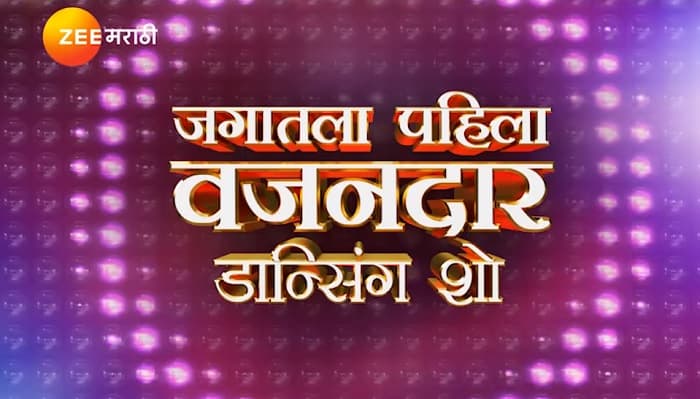 Dancing Queen is a dance reality show on India television. The show is a telecast of the popular channel ZEE Marathi. The show is currently rolling on the television and it is one of the super hit dancing show. Zee Marathi Dancing Queen 2020 Contestants Name List with Photo.

Zee Marathi has come up with this show with a new concept. The show is especially for those who are struggling with overweight but are also fond of dancing.

Dancing Queens is providing a platform for all those who have dancing factor in them and can be the queen of dance.

To know more about the show Dancing Queen stick around this page and check out all the information about show here on this website.

Deepali is fond of dancing she even dropped her studies for her love for dance. She has even faced lots of struggle in 24 years of her life. She is one of the best dancer and she is being in the dancing for 8 years.

Sangeeta is a winner of 50+ trophies foe her dancing and is expert in 10 dance forms. Moreover, she is just 17 years old.

She is on the show for the dream which her mother saw. Her mother wanted to perform on stage and Sangeeta is doing exactly what her mother’s dream was.

Neha is a professor coming from Pune. Her childhood was spent at Jejuri. Neha is a fabulous dancer and she has come across issue of low self esteem because of her weight.

Breaking all the bars Neha is on the stage of Dancing Queen.

The one who is a dancer in a popular Indian classical dance Bharatnatyam. She always had an inclination towards an entertainment industry.

The dancer has come across criticism due to her weight. However, she was a part of daily soap previously.

The warrior by soul dances her heart out even after the injury. Tanushree had a leg injury and excess weight gain but she stood up and started her dance.

She has been a performer in many of the art competitions and exhibitions.

It her father’s dream to see her as a renowned dancer. And Tejaswini is on the stage to fulfill her father’s wish. She is from Kolhapur and wants to be dancer and actor in her life.

A trained belly dancer who gains support from her husband and family which helps her in getting her confidence level up.

The dancer is all set in the journey of Dancing Queen.

A girl who calls herself “Puneri Mulgi” as she is from Pune. She is fond of dancing and has given everything of her life to dance.

Not only this she also works for the Marathi and Bollywood stage shows as a background dancer.

A dancer who is trained in the popular style western and semi-classical dance forms. She has a dream to become popular and support the cause of body positivity. After facing all the odds in her life she is on the stage.

The dancer is from Punjab residing in Pune. The dancer is an IT engineer who strongly believes that weight and fitness nothing to do with each other as she can squat with the 70 kg. Not only this she also performs one of the stunt of dance “Split”

Sayali is a folk dancer and she learnt Bollywood style just by watching it on TV.

Apurva is a junior of the host of the show Adwait. She is from Ruparel college. Adwait and Apurva shares an unique bond with each other. She also worked in one of the plays of Adwait and she calls him Advait Dada.

Shivani Gawade is trained in the multiple dance forms like hip hop, contemporary, jazz, and also other western dance styles.

She was never slim and she received lots of motivation to achiever her dream from her mother and mentor.

Siya Shweta journey is a tough one. She has received lots of hard time her life by facing taunts and criticism for her weight. However, nothing can stop a talent and Siya a graduate in Bharatnatyam is on the stages on Dancing Queens.

Deepti is very cheerful and she is expert in dance Bharatnatyam and Mohiniattyam.

Not only this she is also a classical dance teacher.

The show comes up on Zee Marathi from Thursday to Saturday at 9:30 PM.

You can also enjoy the telecast of the show on the popular digtial platform ZEE5.