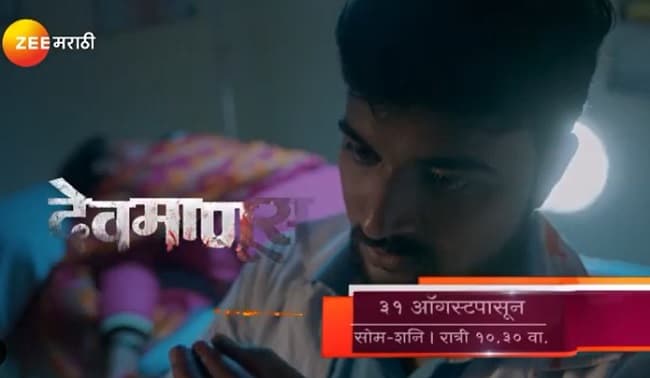 Zee Marathi Dev Manas will feature a story of a doctor, who is a serial killer. The TV show will replace one of the longest-running horror TV show on the channel Ratris Khel Chale. Dev Manus is not less than any horror drama. The trailer of the show will definitely Spook you out.

The trailer of the show was released recently. and it is getting a positive amount of response from the fan. Television lovers are definitely curious about this unique concept of the show. The trailer of the show features a story of a woman, who comes to a doctor and complaints about her problem. She also tells him that her father-in-law suspicious of their affair. The doctors assure her that he will solve all her problems and takes her to the clinic, where is he kills her mercilessly.

Zee Marathi Dev Manus is filled with a talented star cast. The TV show will have Kiran Gaikwad in lead roles. Kiran Gaikwad will play the role of a doctor. his stunning acting makes this show look real. Shweta Shinde will be also part of this TV show.

Zee Marathi Dev Manus will hit TV screens on 31st August. The TV show will broadcast and every Monday to Saturday 10:30 p.m. While online broadcast of the show is available on Zee5’s official website and app.