Mansi Salvi To make her come back on tv after 13 years! 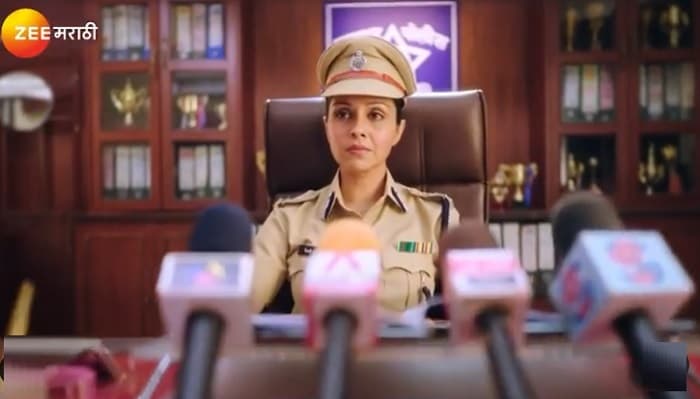 Mansi Salvi is one of the popular film actresses in India. The actress has taken a long break from the television screen and film industry. Now after a break of 13 years, she is all set to make comeback with a new show. The actress will be playing a role in Zee Marathi’s new show. So here are some exciting details about her upcoming project. Kay Ghadl Tya Ratri Start Date, Time Cast Bame, Promo.

Mansi Salvi To make her come back on tv after 13 years, check out Kay Ghadl Tya Ratri Start Date, Time

Mansi Salve will be part of the Zee Marathi’s new TV show title as ‘Kay Ghadl Tya Ratri’. The TV show will be a murder mystery drama and it will have other talented actors also. The teaser of the show is out and fans are already curious about this new TV show. It is expected that the TV show will feature a story of a popular superstar who died suddenly. So fans and everyone is on the debate whether it’s a murder or a suicide.

Kay Ghadla Tya Ratri will have Sushant Shelar and Smita Gondkar. In zee Maratghi’s new show Mansi Salve we will play the role of a hardworking IPS officer.

Mansi Salve opened up on becoming part of this TV show. She said that she is proud to play the role of the IPS officer. She will be playing the dual role of a strong officer and a loving mother. The actress also said that 13 years later my career is still remembered to the audience. And they are equally enthusiastic about my future role. I am indebted to the audience for this.

More information related to the Marathi new project will be available on the page very soon. So Stay tuned with us to get the exclusive updates from the television world.