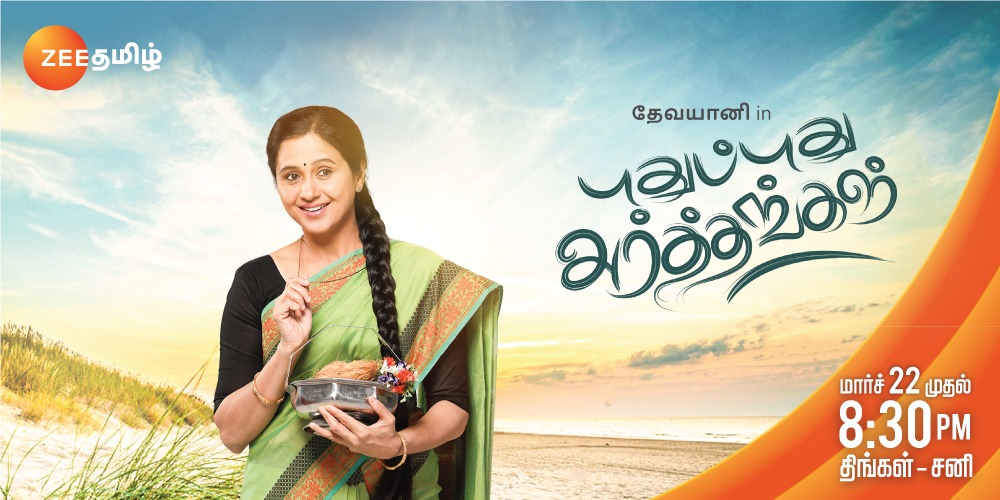 Zee Tamil brand new TV show pudhu pudhu arthangal will be a family drama. The TV show will revolve around a heartwarming relationship between mother-in-law and daughter-in-law. It will feature a story of a Lakshmi, who works hard for her family member. She makes many sacrifices for her family members. But her progressive daughter-in-law will make her strong and independent.

Zee Tamil’s upcoming show will have popular television actors in key roles. The TV show will feature Devyani Rajkumar and Abhishek Shankar in lead roles. While Vijay Parvati, Dindigul I Leoni and Niaz are also part of this show. The names of the rest of the cast members of the show will be available on the page very soon.