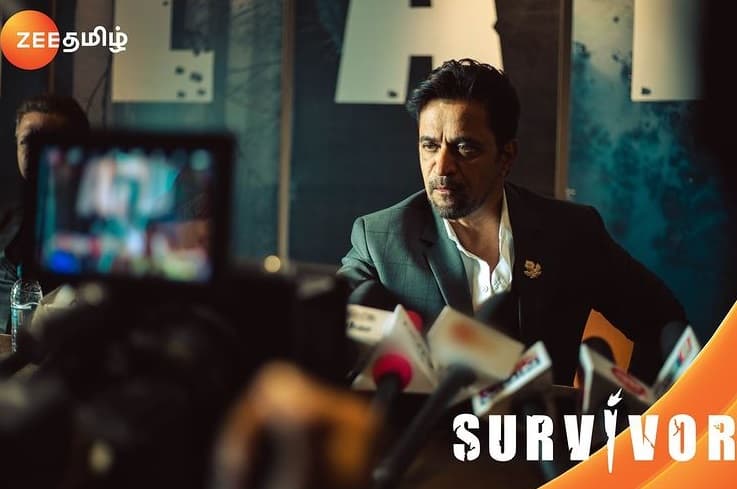 Zee Tamil is all set to come up with a brand new television reality show very soon. The channel will be launching an adventure-based TV show titled Survivor. The promo of the show is out. And it has created a huge amount of anticipation among viewers. Talented actor Arjun who is also known as action king will be seen as the host of this TV show. Check out complete details about starting date, host, contestants list, and broadcasting schedule of the survivor below. Check Zee Tamil Survivor Start Date, Host, Contestants List, Schedule 2021.

Zee Tamil Survivor will hit TV screens in a few days. The confirmed starting date of the show is not out yet.

While the confirmed list of the contestants of the show is also not revealed yet. But it is expected that celebrities like Nanda Dorairaj, Vanitha Vijay Kumar, Vikrant, Indira Shankar, Vijayalakshmi, Sri Reddy will participate in the show. While there are also rumored that Shalu Shammu, John Vijay, and Gopinath Ravi will also become part of this TV show.