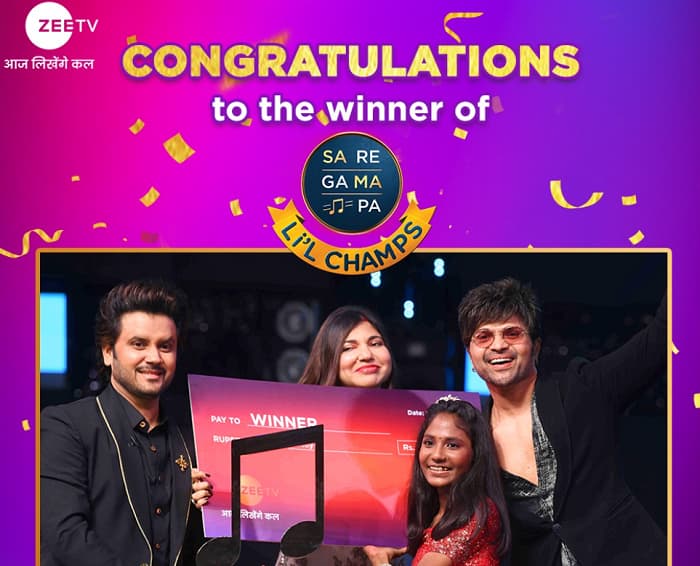 The singing reality show Sa Re Ga Ma Pa was started in 2006. The Zee Tv is broadcasting on the show for such a long time. Essel’s vision is the producer of the show.

Aditya Narayan was the host of the show. While this year the show was judged by Himesh Reshmiya, Neha Kakkar, and Javed Ali along with the grand juries. Sa Re Ga Ma Pa has a grand jury panel. The 30 mentors help to select the best contestant from the bunch of kids.

Sanchita Bhattacharya us Indian singers. Bhattacharya is 25 years old. She is the winner of the first season of the SA Re Ga Ma Pa Lil Champ. She was just fifteen years old when she won the show. Now she is working in the entertainment industry as an actor and singer. She has also worked on the Zee Tv’s tv show.

Hemant Brijawasi is the winner of the third season of the Sa Re Ga Ma Pa Li’l champ. Brijawasi has done many singing reality shows and he is also playback singer for Bollywood.

After the third season, Sa Re Ga Ma Pa started with the new season in 2011. Azmat Hussain is the winner of the season 4th, Jay Soni was the host of the show. The Judges of the show was Adnan Sami, Kailash Kher, and Javed Ali.

The Sa Re Ga Ma Pa Li’l champ Season 5 winner is Gagan Gopalkrishna Gaonkar. He got praise from many great artists in the music industry. Als,o he also did the song in Kannada.

Anjali Gaikwad and Shreyan are the winners of the sixth season of the Sa Re Ga Ma Li’l champ. This is the first time that the show has to declare two winners. Anjali Gaikwad has done playback singing for many songs. While Shreyan was also the strong contender in the show.

Shaan, The Richa Sharma, Amaal Mallik was the Judges of the Season while Ravi Dubey was the Host of the show.

After the previous, the show will once again come with the new season for the Kids. Auditions and Online Registration will start in 2020. Aryananda Babu is the winner of the Zee TV Sa Re Ga Ma Li’l chaps.