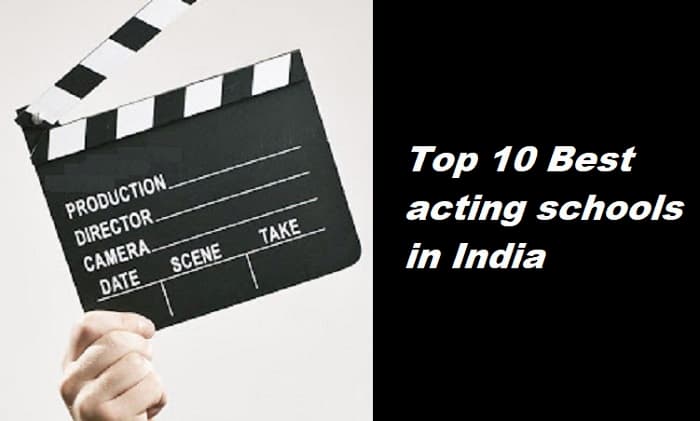 Acting is a very popular field in India. It is a talent with which you can be a part of serial, films, web series, and many more. In short, you can be a part of Television or the Big Screen industry. India is a place where there is a huge number of talents. Here is a top 10 list of Popular and best Acting schools in India.

Top 10 list of Popular and best Acting schools in India

The Film and Television Institute of India (FTII) is an autonomous institute located in Pune. The institute is under the Ministry of Information and Broadcasting of Government of India.

College is a very popular college and it has been 60 years to date the institute is established. They have notable alumni who have done a big name in the television industry.

A few to name the alumni of the institute are:

The Barry John Acting Studio is located in Mumbai. The institute was earlier set up in Delhi in the year 1999. Later they shifted to Mumbai in 2003. Barry John started this institute earlier he had a group whom he trained but now he has his institute.

They offer certificates in various areas like acting, diploma in acting, film arts, and many more.

National School of Drama is an institute located in New Delhi. NSD is an autonomous institute which comes under the Ministry of Culture, Government of India.

It is one of the best colleges in India in which one can look up for acting training. You can visit the official website and see the admission process.

A few to name alumni of the college are Nawazuddin Siddiqui, Anupam Kher, Annu Kapoor, Atul Kulkarni, Chinmay Mandlekar, and many more.

Actor Prepares is an institute of acting in Mumbai, India. This institute has been successful in giving the most popular and well-known actors to the industry.

AAFT is located in a Noida Film City, India. It is one of the popular institutes that provides courses in the various sector related to the television or big screen industry.

A few of the notable alumni of the institute are:

It is one of the best institutes for learning acting in India. A few to name the notable alumni of the institute are Anil Malge (actor), Shashank Khaitan (director), and many more

RKFMA is an institute located in New Delhi. They offer numerous courses in the field of acting, mass communication, Modelling, and many more.

A few to name notable alumni of the college are Dharmendra Ladhani who is an actor working in the show Shakti on Colors. Akansha Juneja is working as an actress and many more.

ZIMA is a part of Zee Learn Limited. It is one of the best institutes that offer several courses in the field related to the acting.

Delhi Film Institute is located in New Delhi. They have courses in the various sectors related to the acting. There are top recruiters for the institute like Aaj Tak, The Pioneer, Red FM, Radio City, Times, Star News, and many more.

Rohan Taneja School of Acting provides a wide range of courses in the field of acting and cinema. It has been one of the best institutes to pursue acting courses.

These are a few of the best and Popular Acting schools in India. For more recent updates about the Acting related news and Indian entertainment industry stay tuned with us..!!