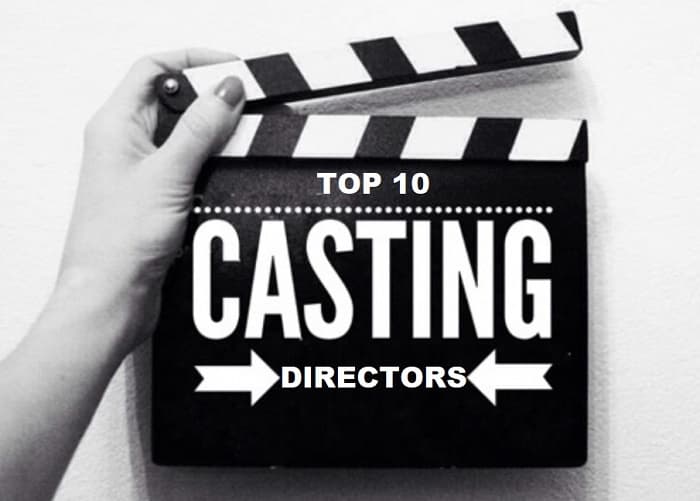 Casting Direction is one of the most important factors for a film to be a super hit. For the film to make it at the top rating at Box Office the film must have the cast which best fits the role. Here is a list of Top 10 popular, Famous, Best Casting Directors in India.

Bollywood Industry is a popular and a top industry that has huge talented actors, cast and crew members in India. Here is a list of a few of the Top Bollywood Casting Directors in the Bollywood industry.

Mukesh Chhabra is another casting director of the Bollywood industry who has a popularity for his work. He has cast many of the actors for popular films like Chillar Party, Gangs of Wasseypur, Kai Po Che, D-Day, etc.

His debut film as a director is releasing soon. The name of the film is ‘Dil Bechara’. Yes, you heard it right!! It is the last film of late actor Sushant Singh Rajput.

A few of the films where she has been the casting directors are Chakravyuh, Ram Leela, Mary Kom, Bajirao Mastani, etc.

Jogi Mallang is well wide known for his work in many projects that includes national and international projects both. Not only this he has also been a writer and a poet.

A few to name his popular films as the casting director are Piku, Vicky Donor, Madras Cafe, etc. He is the one who cast Ayushmann Khurrana.

Honey Trehan was a stage director in New Delhi. The start of his career was as an assistant director in Makdee. However, his interest grew up as getting actors for many of the films of Bhardwaj.

A few to name films under his casting direction are Maqbool, Omkara, Kaminey, Delhi Belly, and many more.

Dinesh Sudarshan Soi is another actor who has given a wonderful chance for upcoming talents in the Industry. He has been a casting director to many of the hit and popular films in Bollywood.

He is one of the casting directors whose name is in India Book of Records for maximum castings. Not only this he has won many awards for his work in the industry and also he is awarded with Dada Saheb Phalke Icon Awards Films in the year 2019 in the category of Best Casting Director.

Not only this he has also been the casting directors to television shows like Best of Luck Nikki, Mann Kee Awaz Pratigya.

Atul Mongia is another name who is a popular casting director in the Bollywood industry. He has also been the trainer to a few of the top actors of the industry today like Anushka Sharma, Ranveer Singh, Saif Ali Khan, Alia Bhatt, Parineeti Chopra, Varun Dhawan, Bhumi Pednekar, and many more.

A few to name the films as a casting director in the industry are Lootera, Title, Queen, Shanghai,

His films as a casting director are Kalank, Ok Jaanu, Rock On 2, The Dirty Picture, Gabbar Is Back, No One Killed Jessica and many more.

For more recent updates about the Indian entertainment industry and Acting Auditions news stay tuned with us..!!