Bigg Boss 14 to get extended till the March 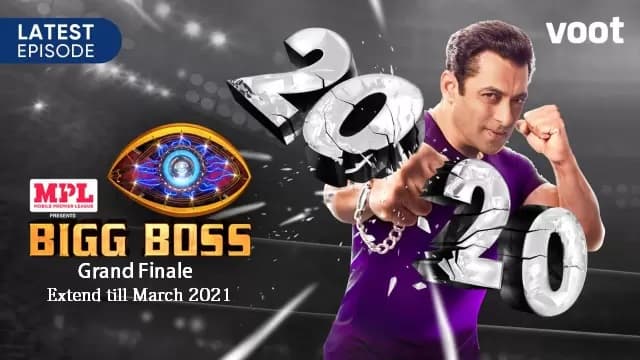 According to reports, Bigg Boss season 14 will get an extension till March 2021. The entry of the new 6 Challenger in the game has added much more drama to the show. Currently, the competition on the show is very intense.

It was expected that the grand finale of Bigg Boss voting will take place in the month of February. Currently, 11 contestants in the show are competing.

You can also watch the entertaining episodes of the show on Voot.

Stay tuned with us to get latest updates from new TV shows. And don’t forget to check out audition update of an upcoming television reality show