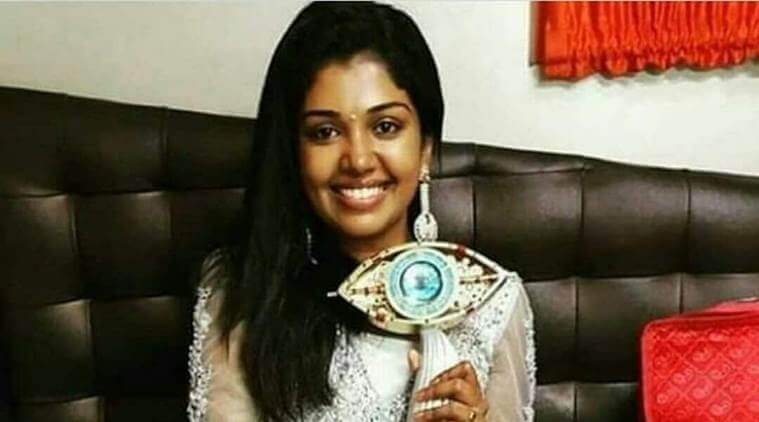 The Tamil version of the Big Boss was started on the  25th of June 2017. Here are the complete details related to this show. Check out winner list, prize money, runner-up list of both the season of Big boss Tamil.

Aarav was crowned as the winner of the big boss Tamil’s first season. Among the three finalist contestants Sneha, Ganesh, and Harish, Aarav got a huge amount of votes. He received the cash prize of RS. 50,00,000 from Big Boss and Vijay television.  Along with the prestigious and grand the grand trophy.

Snehan ( Runner-up): Popular lyricist Snehan has ended up as the runner of the bug boss Tamil first season. He was one of the strongest contestants in the house since the 1st week of the television reality show. He received runner-up trophy from the Kamal Hassan along with the V7+ smartphone as a gift. Snehan also thanked all his supporter for their votes.

Riythvika is the winner of the Bigg Boss Tamil Season 2, She wins the Trophy along with ten lakh cash prize. Aishwarya Dutta is runner-up, Vijayalakshmi Feroz is third runner-up and Janani Iyer is fourth Runner-up.

After the second season, the show was started on 23 June 2019 and the finale of the show will be aired on 6 October 2019. Kamal Hassan is the host of this season.

Mugen Rao is the winner of season 3 while Sandy Master’s is the first runner-up.

After the previous season, the make of the show planing to the new season in a few months. So expected contestants list out for this show. As per the source, the show will open registration for commoners. Still, this is not confirmed yet.

For the latest about Bigg Boss Tamil, please stay turned on AuditionForm website.