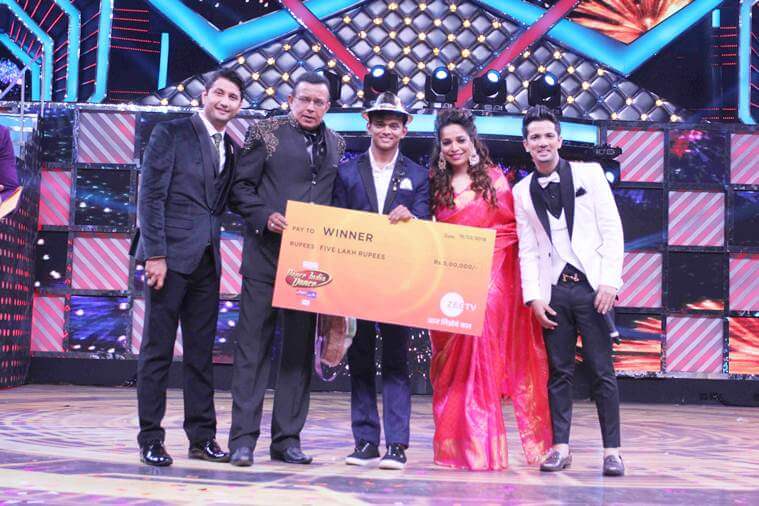 Dance India Dance is an Indian reality dancing show. The show has come to an end with its 6th season. Dance India dance is one of the biggest dancing show on the Indian television. DID broadcast on the zee tv. This year the show was having their 6th season.  And finally the sixth season f the dance indin dance has come to an end.  The grand dancing reality shows dance India dance will have their grand finals on the 17th February.  But according to reports the winner of the show is already revealed.  Sanket Goanker is announced as the winner of the show. Check the Dance India Dance 2018 Winner Name and Prize Money.

The dance India dance season was hosted by the Indian actress Amruta Khanwelkar and  Sahil Khattar. While the dancing reality show was judged by the  Muddsar khan, master marzi Pestoni a mini pradhan. The three judges were also the mentor of the contestant throughout the show.

Sanket won the Dance India Dance 6 trophy from the team mini master blaster emerges as the winner. Sanket is from Ankola, Karnataka. And he was mentored by the team leader and judged mini pradhan.

Prize Money: Not only he won the DID 6 Trophy But also he won a cash prize of Rs 5 lakh. Speaking about his victory, an elated Sanket said in a statement, “Dance India Dance has been a great learning experience for me. Ever since I took my first steps in the show as a part of ‘Master Mini Ke Master Blasters’.

And we have a winner!

This is not the first time that Sanket Goankerm has have won the dancing reality show.  He as also won ETV Telugu Dhee Jodi. If you want to check all season winners, Prize Money, Judges, Runner-up and Host then CLICK HERE.