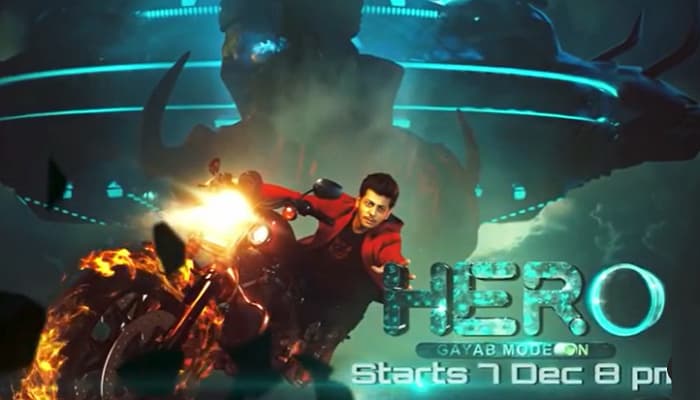 HERO- Gayab Mode On will be hitting the television screens soon this December 7, 2020. The show will be airing from Monday to Friday at 8:00 PM.

Here are the details about the complete star cast of the show. Check out more information about the show here on this website.

Abhishek Nigam will be playing the role of Veer in the show. He will be in the role of the lead male. Veer will be behind finding the ring which has the ability to make a person invisible.

Abhishek is a popular actor not only in the television industry but also in Bollywood. He is popular for his role in India’s Daughter and Panipat.

Now the actor is all set to be a part of the show Hero- Gayab Mode On on Sony SAB TV.

Yesha is a popular actress and is known for her roles in the hit shows like Jeet Gayi To Piya Morey, Muskaan, etc. She was in the lead role in the shows.

Manish is a popular Indian actor and Voice actor. He has been a part of many of the television shows and Bollywood films.

Not only this he has also been a dubbing artist in most of the popular films and television series.

He played the role of Moropant in the Bollywood film Manikarnika: The Queen of Jhansi in 2019.

A few to name television shows where he has been a part are Chanakya in Chandragupta Maurya in 2011, Niranajan Agnihotri in Iss Pyaar Ko Kya Naam Doon? …Ek Baar Phir, Balaji Vishwanath in Peshwa Bajirao, and many more.

Gaurav Walia will be playing the role of Vyom in the show. He will be in a negative role in the show.

Ajay will be playing the role of Shukracharya in the show. His role in the show will be negative.

He is popular for his role in Ek Thi Begum, Not a Love Story, Raavan, The Good Road, and many more.

The twin sisters are popular for their role in the popular The Kapil Sharma Show. The duo is all set to be a part of the show HERO-Gayab Mode On as Sweety and Mithi.

Nitesh’s role in the show will be Mama. He is a popular actor in Indian in the television and film industry.

A few to name shows he has been a part of are IndiaWali Maa, Kuch Toh Log Kahenge, Pyaar Ka Dard Hai Meetha Meetha Pyaara Pyaara, and many more.

A few to name Bollywood films he has been a part of are Rangoon, Shaadi Ke Side Effects, Dabangg 2, Om Shanti Om, and many more.

The actor is all set to play the role of Mama in the show HERO- Gayab Mode On.

Sonia is an Indian actress. She will be a part of the show as Mami. The actress is popular for her roles in shows like Devi Adi Parashakti, Manmohini, Vighnaharta Ganesha, Savadhaan India, Swaragini, Veer Shivaji, Dill Mill Gaye, and many more.

Watch the show HERO-Gayab Mode On only on Sony SAB TV and SonyLIV.