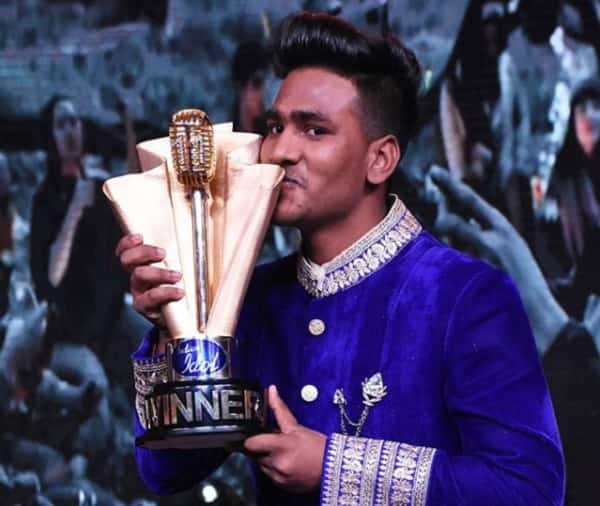 Indian idol singing competition started in the year 2004. It is one of the most famous singing competition and it is a big platform for many young talents to perform on a stage. The show got popular within the short span of time and due to big names in the singing field joining Indian Idol as a judge made a huge difference to this reality show on TV. The show is completed many seasons including Indian Idol Junior, so check out Indian Idol winner name of all season.

Abhijeet Sawant is the winner of the Indian Idol season 1 winner. While Runner of the season was Amit Sana.

Abhijeet is a playback singer and He did playback singing for the movie ‘Ashiq Banaya Apne.Sawant went on to a much bigger platform to win third place in Asian Idol at Jakarta in Indonesia in December 2007. He tried his luck even in ‘Nach Baliye’ dance reality show with his wife in season 4.

After getting more popularity in the season, It has started with the new season ‘Indian Idol Season2’. Which aired on Sony TV from 21 November 2005. Sandeep Acharya is the winner of the season to giving tuff competition N. C. Karunya.

The Indian Idol season 3 started on 4 May 2007. The winner of the season was  Prashant Tamang.  Anu Malik, Javed Akhtar, Alisha Chinai, and Udit Narayan judge of the season. While hosted by  Hussain Kuwajerwala and Mini Mathur.

He got the record number of votes and conquered the Indian Idol season 3. The runner –up of the season was Amit Paul. Prashant started his career in acting in Nepali film.

The Indian Idol season 4 was the popular season, which started on 19 September 2008. Sourabhee Debbarma was the winner of the season, she was the first female contestant won Indian Idol.

Anu Malik along with Salim Merchant and Sunidhi Chauhan was the judges of the season. He was won Indian Idol 5 along with 1 lakh cash prize.

Indian Idol is getting popularity in the singing field, It’s next season started on Sony TV from 1 June 2012. The Vipul Mehta won the title of season 6 to compete with many singers, belong Amritsar, Punjab.

Mini Mathur and Hussain Kuwajerwala was the host while Judges of the season was  Anu Malik, Sunidhi Chauhan, and Salim Merchant. Asha Bhosle.

Revanth hearty is the winner of the Indian Idol season 9. He has won the most popular Singing show title along with Prize money.

Sonu Nigam, Anu Malik, and Farah Khan were the judges while Host by Karan Wahi and Paritosh Tripathi. Sachin Tendulkar was runner-up the season.

Salman Ali is the winner of the Indian Idol Season 10, he received the 25 Lac prize money, Dustan car, and Trophy. While Ankush Bhardwaj is the first runner-up and Neelanjana being the second runner-up.

Judged of the show was by Neha Kakkar, Javed Ali and Vishal Dadlani. While the host was the Manish Paul.

The Previous season was the most successful season, Now the maker of the show back with the new season. The new season was started on 12 October 2019 on Sony TV. Neha Kakkar, Vishal Dadlani, and Anu Malik are the judges while singer Aditya Narayan is the host of the season.

The Indian Idol season 11 grand finale was air on 23 February 2019 at 9 PM IST onwards. Sunny Hindustani is the winner of the Trophy. Not only that but also he have won Rs 25 lakh Prize and a Tata Altroz. He also gets a chance to sing a song in T Series’ next film.

After the previous season, the show the popular singing show has come back with new season auditions. This season due to Corona Virus the auditions have been arranged virtually.

So singers if you are wan to participate in this upcoming popular singing show. So this is time to showcase your talent from home. Participants can do the registration by SonyLIV app online from home. The audition is begin from 25th july tageline ”Ghar Se Manch Tak”.

And the Indian Idol Season 12 will start soon on TV Screen. Winner of the show will announced soon on Grand finale.