Who will host and Judge the MTV Roadies Xtreme? 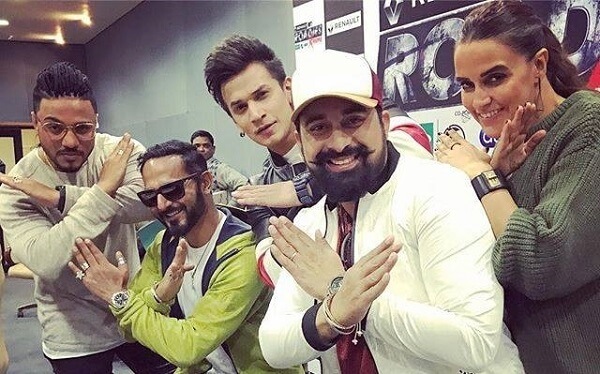 MTV is back with thrilling and youth-oriented passionate reality show roadies extreme.  Roadies are long-running show on television. After the complete 15 successful season, the show once again back with the new season. And the show is loved by all young Indian audience. Check the MTV Roadies Xtreme Judges and Host.

In the lasts season, We have seen gang leaders Ranvijay Singh, prince Narula, Neha Duphiya, and Nikhil Chinnapa. The leaders have done the fantastic job of supporting and mentoring their teams. While the show will be hosted by Gaylene Mendonca.

So, this time audience is more excited to see which celebrities are there as a team leader. And who will become the host of this season?

So, here is the list of gang leaders of MTV roadies Xtreme

According to sources, Ranvijay will not be gang leader this time. he will be seen in his new avatar.

this time MTV roadies are planning something different for the roadies extreme.  As this season is going to be more thriller and exciting. As last time there was Harbhajan Singh as the googly master. he used to change the game by throwing his googly.  this time all gang leaders are reprised from the last season.Bollywood singer and rapper rafter will join other team leaders for the first time.

Gaylene M|edonca is one of the most beautiful and talented television presenter and VJ working on Indian television.  she is also an actor in Bollywood. And made her acting debut from the movie Nautanki Sala. Gaylene has already hosted Raodies x4, Raodies Rising. And now she is back o host the Roadies extreme.

If you want to make fame and name in the entertainment world.  Because this is the biggest platform for youth to enter into the TV industries. Shweta Mehta is the winner of the Roadies Rising, she was in Neha Dhupia’s gang.