Here is Rising Star India winner name of all season 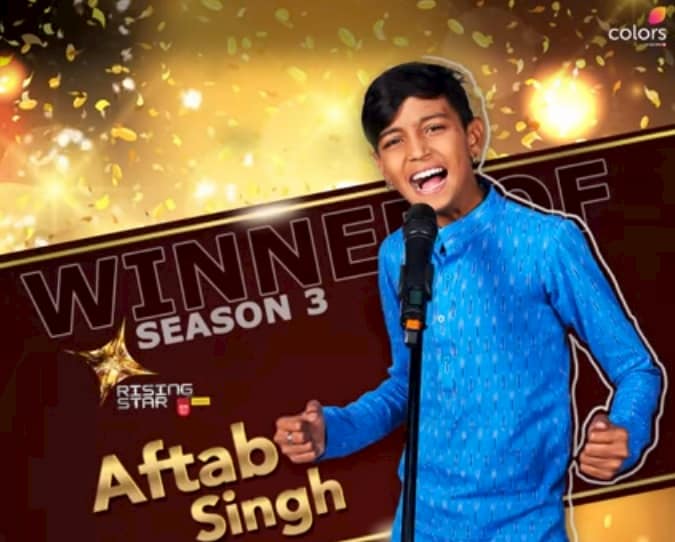 Rising Star is an Indian Reality singing. The show based is on the International series Rising Star. The rising star has got a long chain of the franchise. The show created by Keshet Media. The Indian version of the show is produced by the Vipul D Shah. The Distributor of the show is Viacom18. Check Rising Star India Winner Name, Photos and Prizes.

The show is hosted by dancer and actor Raghav Juyal and singer and actor Meiyang Chang. While famous actor and singer Diljit Dosanjh. Singer Monali Thakur and one of the popular playback singers of India Shankar Mahadevan were judges of the show.

Here is Rising Star winner name of all season

The concept of the Show

Basically,  this show audience votes are so important. While contestant performing on the show. during the performance of the contestant, the audience has to give Live votes. on the basis of the votes. the contestants can go to the next round of the show. the show is basically Live. Viewers are considered as judges of the show.

An audience can give the vote to their favorite contestant through television app. The show has searched for many talented singers. so, here is the winner of the first season of the rising star.

Bennet Got 77% votes. While Mithali Got 76% votes in the final. The second runner-up of the Colors rising star is Anita Kandu. Check the rising star winner name of all season.

Besides the trophy, he has won a cash prize of Rs 20 lakh. And an Oppo phone. And also a contract with Mahesh Bhatt’s next fil Vishesh to debut as a playback singer in their next film.

Hemant Brijwasi is the winner of the Rising Star Season 2 2018. Not only he wins Rising Star season 2 title but also with the prize money of Rs. 20 lakh.  Rohanpreet Singh is 2nd Runner-up and Vishnumaya 3rd Runner-up.

After the second season, the show was started on 16th March 2019. And the winner has been announced on 08 June 2019. Aftab Singh is the winner of Rising Star 3. He is also winning trophy and cash prize of Rs. 10 lakh.

After the grand success in Season 3, the maker of the show will be started with a new season in the end of 2019. So Registration and auditions of the Rising Star Season 4 Will announce shortly. For the latest update visit our website regularly.