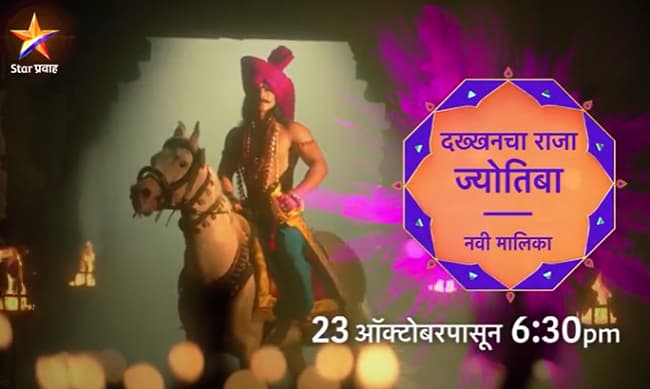 Dakhkhancha Raja Joytiba is going to hit the television screens soon this October only on the Star Pravah. Check out the more information about the show story, cast, start date, schedule, etc here on this website.

To know more the about show on Star Pravah stick around this page.

The story of the show is going to be about Jyotiba. The channel has shared the promo of the show on its Instagram social media handle.

The promo of the show starts with the saying, “Jyotibacha Navana Chang Bhala”. The show is going to be very amazing to watch from this Navaratri.

The show will be having Vishal Nikam in the lead male role of the show. The actor will be playing the role of Jyotiba. The actor also gained some weight to fit in the role and character.

The whole setup of the shoot is in Kolhapur, Maharashtra. The shoot is taking place near the temple of Lord Jyotiba in Chitranagari

The show is going to be out on television this Navratri. Dakhkhancha Raja Jyotiba will be hitting the television screens on October 23, 2020.

The show will be airing on the television during the weekdays. Dakhkhancha Raja Jyotiba will be running at 6:30 PM.

The show is scheduled on Star Pravah the popular Marathi television channel.

Also, you can watch the promo of the show on Instagram social media handle of Star Pravah.