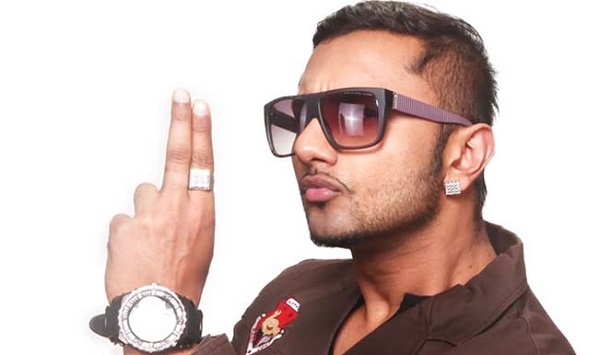 Rapping is distinct from spoken word poetry in that it is performed in time to a beat. Rapping is often associated with and a primary ingredient of hip-hop music, but the origins of the phenomenon can be said to predate hip-hop culture by centuries. Rapping can be delivered over a beat or without accompaniment. Day to Day rapping is gone to popular in the world. Here describe some Top Rapper of the India.

Hony Singh Is Most Popular Desi Hip Hop, Punjabi, Rapper In Bollywood. He is born in Punjab Hosiyarpur Date on 15th March 1983. His Birth Name is Hirdesh Singh and he was Born in Sikh Family. He studied music at the Trinity School in the United Kingdom. After that, his family moved to Delhi. He started Career in Bollywood with Debut Song  Shakal Pe Mat Ja in Mastan Film. He was charged Rs. 7 million for a song in the film. Hony Singh is one of the Highest Paid Rapper Singer In Bollywood.

Badshah is Most Popular Desi Hip Hop Rapper in Bollywood. His birth name is Aditya Prateek Singh Sisodia. He was born on 19th November. He has 29 Years old and His rapping language is Hindi and Haryanvi. His studies completed at Bal Bharti Public School, Pritam Pura. He was started debut Film Song in Khubsurt Film Abhi To Party Shuru Hui Hai and Humpty Sharma Ki Dulhaniya 2014.  In 2017 Now his Judging The Music Show Dil Hai Hindustani at In Star Plus. He is Most Popular Rapper In Bollywood.

Raftaar is Most Famous for Rapping, Singing, Dancing and Lyricist in Bollywood.  He is Born On 16th November 1988 In Trivandrum Kerala, India.  His birth name is Dilin Nair Raftaar and Before Rapper Started his career as a Dancer Named Max. After Dancing, he was started working Under Yo Yo Honey Singh as a Part Of Group Mafia Mundeer. Honey Singh Became Popular and Didn’t allow him to feature in a song called Dope Shop From The International villager. Than Raftaar Live the group and get Famous With Punjabi Song.

Hard Kaur is a British Indian rapper and hip hop singer as well as playback singer and actress in Bollywood. She is Born at Kanpur Uttar Pradesh, India on 29 July 1979 and now she has 37 Years old. Hard Kaur completed her school After developing Her interest in hip-hop. She was started her music career as a rapper. She has recorded her first album song “Ek Glassy” and  It was top  Song in the UK. In 2008 Hard Kaur was nominated for two awards for the Music Awards: “Best Urban Act” and “Best Female Act”. She has also won “Best Female Act.

Jazzy B Most Popular Rapper in Bhangra and Hip Hop Song. He was Born on 1st April 1975. His Age is 41 Years and Belongs To Punjabi Family.  His birth Name is Jaswinder Singh. When he was 5 years old, his family moved to Vancouver, British Columbia, Canada. People Are Called as the Prince Of Bhangra. In 2012 he made his debut as an actor in Jalandhar Punjab with Punjabi singer and actor. You can check here Jazzy B full biography and information