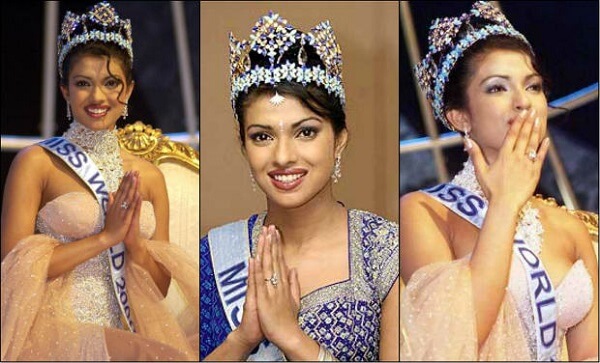 A model is a person with a role either to promote, display, or advertise commercial products or to serve as a visual aide for people who are creating works of art or to pose for photography. Here we are going to describe Popular and Top Bollywood Models (Female).

Aishwarya Rai was an Indian Bollywood Film Actor.  She was Born in Mangalore Karnataka India. She was born on 1st November 1973 and now she has Her 43 years old. Aishwarya rai was the Miss World in 1994. Aishwarya is most Beautiful Woman In The World. She was started her Acting career in Mani Ratnam’s Tamil Film Iruvr 1997 After that Her 1st Bollywood Film was “Aur Pyar Ho Gaya”. Her father was an  Army biologist and her mother, Brinda is a homemaker. She has one elder brother Aditya Rai.

Aishwarya Rai get married in 2007 with Most Popular Actor Abhishek Bachan. She was awarded the Padma Shri by the Government of India in 2009.

Deepika Padukone was An Indian Bollywood Film Actor. She was Born on 5 January 1986 in Copenhagen, Denmark, to Konkani-speaking parents. Deepika Daughter of the Badminton Player Prakash Padukone as a Teenager Deepika Played Badminton in National Level Championships. After that Shee Left her Career In The Sport Than She Start her Modeling. She soon received offers for film roles and made her acting debut in 2006 as Shanti Priya her 1st Debut Film is OM Shanti OM. Now The Days She has highest-Paid Female actor In Bollywood and also started working in Hollywood Movies.

Priyanka Chopra was an Indian Bollywood Film Actor, Singer, and Producer, She is Born on 18 July 1982 and now she has 34 years old. Her native Place is Jamshedpur, Jharkhand, India. She is the winner of the Miss World 2000 and also the winner of Miss World Continental Queen of Beauty. One of India’s highest-paid and most popular celebrities. Jacqueline Fernandez was an Indian Bollywood Film Actress.  She was Born on 11 August 1985 and now her age is 31 years. She is a Bahraini and born in Sri Lankan. She graduated with a degree in mass communication from the University of Sydney and worked as a television reporter in Sri Lanka. Shee is Miss Universe of the Sri Lanka in 2006. She was Started her Career in Bollywood with her Debut Movie in 2009 Aladin. Shee is One of the most popular actresses in India. Jacqueline Fernandez has worked as a judge in the ninth season of the dance reality show Jhalak Dikhla Jaa in 2016–2017.

Nargis Fakhri was an Indian Bollywood Film Actor and she has Born in Queens, New York, U.S On October 20, 1979, and Now the day she is running 37 years. Fakhri began her career as a model and appeared as a contestant on the CW series America s’Next Top Model. After that, she was started her Career in Bollywood with Lead Role (Heer Kaul) in the Imtiaz Ali’s musical romantic drama Movie Rockstar in 2011. Rockstar was one of the top-grossing Hindi films of the year.