Top Item Girls In the Bollywood 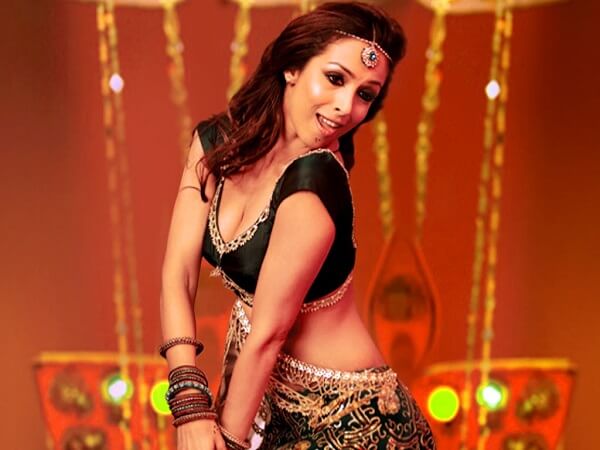 Item girl is who is make an item song, in Indian cinema, is a musical performance that is often shown as a part of the movie but most of the time without any importance to the plot of the movie. From few days many actresses started to work in Item Dance, Some names are listed below of Top Item Girls.

Malika Arora Khan was born in thane Maharashtra India 23 October 1973. Before her marriage, she is the Indian actress, dancer, model, VJ, and television presenter. Malika Arora started her Career In Bollywood. She has a most famous for her dancing in the songs “Chaiyya Chaiyya” (1998).

She has completed her secondary education at Swami Vivekanand School in Chembur. Malaika is married to Bollywood actor, director, producer Arbaaz Khan in 1998. She met Arbaaz khan during a coffee ad shoot. Malika Arora Khan one Crore for one item song.

Sunny Leone is an Indian Bollywood item Girl. She is born in Sarnia, Ontario, Canada On May 13th, 1981. She has 35 years old. Her born name is Karanjit Kaur Bohra and She has belonged to Indian Punjabi Family. Sunny Leone Started her Career in India With Colors Entertainment Television Show BIG – BOSS.

Malika Sherawat was Born in Hisar district, Haryana, India on 24th October 1976 and she has completed 40 years Old.  Her real name was Reema Lamba and She has Belongs to Jat Family. Malika Sherawat went to school at Delhi Public School, Mathura Road.

She has a degree in philosophy from Miranda House, Delhi University. She is an Indian Actor and Model Also.

Malaika is an Indian actress, who has works in Hindi, English, and Chines language films. She is the Most popular Item Dancer in Bollywood and charges Rs 1 crore for one Item song.

Bipasha Basu was an Indian Film Actress and She is Born in New Delhi, India on 7 January 1979. She has completed now 38 yeas old. She has got married recently in 2016 with Most Popular Television Actor Karan Singh Grover. Shee is the model also and she has also appeared Film in Tamil, Telugu, Bengali and English language.

Bipasha Basu is One of the most popular and highest-paid actresses in India. Bipasha Basu first Debut Film with Negative Role In Thriller Movie Ajnabee In 2001 and She wins Filmfare Award for Best Female Debut. She is also work in Item Song and charging Rs 1 Crore for one item song.

Urvashi Rautela is an Indian film actress and model who predominantly works in Hindi films. She was born in 1994 on 25 February at Kotdwar, Uttarakhand, India. Rautela was crowned Miss Diva – 2015 and represented India at Miss Universe 2015 pageant.

She made tow Bollywood movies Sanam Re in 2016 and another is Great Grand Masti in 2016. She has also started to work in Item Song, recently she made one item song, that is Kaabil movies in 2017. She has also expensive item girl in Bollywood.

Katrina Kaif is a British film actress and model. She was born on 16 July 1983 in Hong Kong. Kaif has also appeared in Telugu and Malayalam films. In addition to being one of Bollywood’s highest-paid actresses. She has also made Item Song song.

She was made popular item number titled “Sheila Ki Jawani in Tees Maar Khan 2010. She has also made in 2012 another item Number “Chikni Chameli” in  Agneepath Movie.

Sambhavna Seth is an Indian Television Actress. She is born on 12 December 1980 and She has appeared as the item girl in Bollywood. She is one of the leading actresses of the Bhojpuri cinema. Seth was a contestant in the reality show Bigg Boss season 2 and also participated in Bigg Boss Season 8 as a challenge.

She has got married to her Long Relationship Boy Frend of Avinash Dwivedi on 22 February 2016. She has charged 15 Lac for one item song.