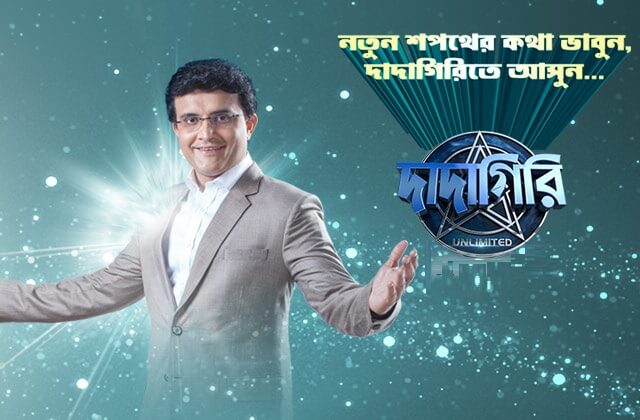 Dadagiri Unlimited is a most popular quiz how in Bengal. While Zee Bangla is the broadcaster of the Show. The popular former Indian cricketer Saurav Ganguli has a host of the show. Saurav Ganguli is a strong personality in a Bangla. He is also working on president position of the CAB. After retiring from cricket field he has started hosting the show. And have got huge popularity.  In the recent year, the show has been under popularity. Dadagiri unlimited have compted total seven seasons. Check the Zee Bangla Dadagiri Unlimited Winners list.

The first season of the show has started on the 12th October 2009. The constraint is selected on the basis of the auditions. While the auditions are held at different districts of the Kolkata. The selection process is very primary. The participants play the quiz. While each and every contestant in the shown represent the respective district. Apart from this, the popular celebrity in Indian has appeared in the show. The celebrities like Shah Rukh Khan, Vidya Balan, Mithun Chakraborty. And Farah Akhtar has made an appearance in the show.

1st season: season one of the Dadagiri unlimited was won by the  Kolkata. the first season of the show was aired on the 12th October 2009. while it was broadcasted on the Zee Bangla. and shah rukh khan appeared as the guest of the show.

2nd season: the next version of the season was won by the district north 24 Paraganas. total 20 districts participated in the show.

3rd season: the third season of the Dadagiri unlimited was won by the Bardhaman district. the season 3 o the Dadagiri was host by the Bollywood actor Mithun Chakraborty.

4th season: the 4thseason of the show was host by the Saurav Ganguli.  North 24 Parganas district is the winner of the show.

5th season: the 5th season of the show was on by the Bardhaman district.

6th season: the 6th season of the show was won by the Purva Medinipur

7th season: North 24 Parganas is the winner of the show and Sachin Tendulkar was Chief Guests of the show. After the season 7, the show will once again back with the new season.