Top 10 Voice Over Artists In India 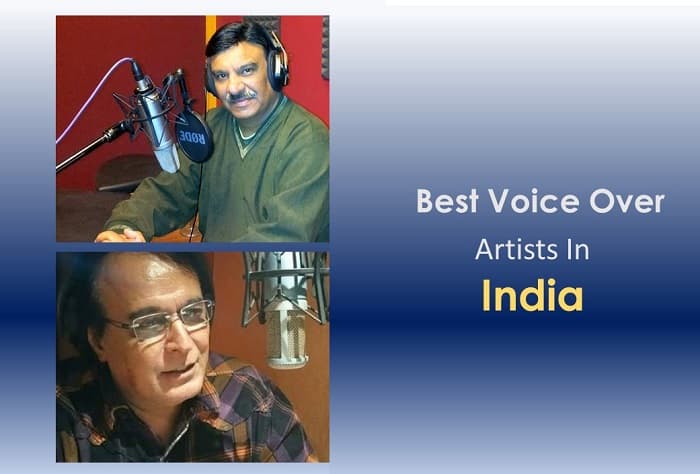 Voice-over Artist is an art to lending a voice and making it a memory. India is blessed with huge talent. And the country too has talented Voice-over artists. Check and popular Best Voice Over Artists In India.

Here is a list of a few of the popular Voice-over artists in India.

Piyush Pandey: Popular and Best Voice Over Artists In India

He is honoured with Padma Shri in the year 2016 by the Government Of India.

Richa has a husky and a dark voice. She is also known as a popular voice over artist in India. She has lent her voice to the popular commercial ads.

Her voice for the Surf Excel campaign “Daag Achche Hain” is very famous. A few to name popular ad that have her voice are Tata Indicom, Coca-Cola, Pillsbury, Dominos, Tata Sky, and many more.

Piyush Mishra is an Indian film actor, director, singer, scriptwriter, lyricist. He has worked in many of the popular Bollywood films.

He has given his voice to one of the older and most popular brands in Indian Parle G.

Raghubir Yadav is an Indian actor, singer, music composer. He has worked in the popular films. He has also sung many of the songs in his voice.

Raghubir has given his voice to the popular ad of PepsiCo which has Sachin Tendulkar in it. The jingle of PepsiCo “Umar ghumar ke” has his voice.

Britannia, Maggie, Icy Cool Mint, etc has his voice for their ads.

Rasna Girl has the voice of Sonia Nair. Also, the female hygiene ad Clean and Dry has her voice. She has given her voice to the Bollywood actresses Kajol, Aishwarya Rai, Juhi Chawla, and many more.

Meghana Erande is a Marathi actress who has worked in most of the Marathi films. She has given her voice to most of the Indian animation and dubbed for content in Hindi and Marathi.

A few to name popular films she has given voice-over are Barbie, Beauty and the Beast, The Little Mermaid, Daredevil, Batman, and many more.

She has dubbed the voice of the famous cartoon characters such as Noddy, Ninja Hattori, Pokemon, and The Powerpuff Girls.

Parth is one of the popular voice-over artists. He is a host of the popular YouTube show Kathay Kathay. It is storytelling with a poetic and audio-video presentation.

Shammi Narang is an Indian voice-over artist. He has given his voice to the Hindi division of the popular show Voice of America. He became the ‘ face of Doordarshan news reading”.

Not only this he has also given his voice to the Indian Metro Rail services messages and announcement.

Atul Kapoor is an Indian voice-over artist popular for his work in dubbing foreign content in Hindi. He is the voice behind the popular show Bigg Boss.

Bigg Boss is currently a telecast of Colors TV. He has also given his voice to the popular Hollywood movies dubbed in Hindi. Namely Avengers, Captain America, Iron Man, and many more.

Harish Bhimani is a popular voice-over artist famous for his voice in the Mahabharat TV series. He is one of the most popular artists for commercials, documentaries, etc.

These are popular voice over artist in the country today.