Many popular singers in bollywood, but here are going to explain top 10 India Singers, which are popular everytime 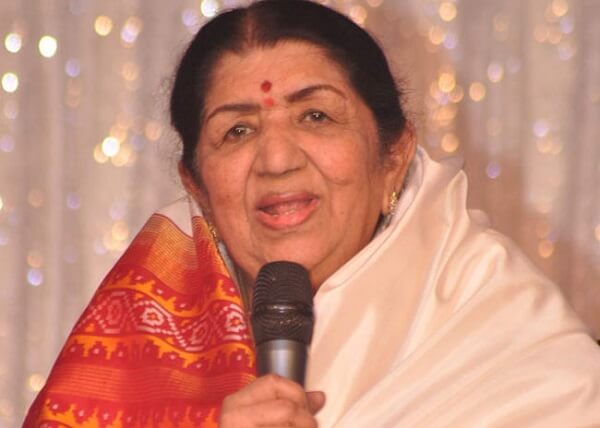 Singing is the act of producing musical sounds with the voice and augments regular speech by the use of sustained tonality, rhythm, and a variety of vocal techniques. A person who sings is called singers. India’s singers are the got success in singing Industries. Here are going to explain the top 10 Best Indian Singers in Bollywood all time.

The 4 brothers and sisters start a career in the music industry. Lata Mangeshkar’s father’s name is pandit Dina Nath Mangeshkar. She has from the Maratha family.

She started singing from 5 Year of age and she was Start her career with Rang Manch. When Lata was 13th years old then her father died.

Mohammad Rafi Born on 24th December 1924. He is Native Place in Amritsar Kotla Mohammad Rafi sings 1st song in Punjabi film gull Baloch in 1944 after that he comes to Mumbai.

Udit Narayan has also listed in the top 10 Best Indian Singers. He is born in Nepal on 1st December 1955. His Age Now 61 He is Belong From Nepal.

He is start career with sing Nepali Song Udit Narayan Sing. He Is 1st Song With Mukesh JI  He has sung  more than 30,000 songs in over 36 languages.

Asha Bhosle Born In 8th September 1933 she is born in Maharashtra Sangli Asha and learn singing from his father Dina Nath Mangeshkar. He was started to learn from age of 9 years old.

Sonu Nigam is Born On 30th July 1973 In Faridabad Haryana. He is Start Sing Song From Age Of 4 years.

Nigam is starting Career with  Stage Show when he was at 19 years old he comes with a father in  Mumbai for work-related. He is learning Music From Classical singer Ustad Ghulam Mustafa Khan, Sonu started some years struggled to make his name.

After That Sonu Nigam starts reality show SARE GA MA PA He shows Go more popular and Sonu Nigam will be famous from this show now he is a famous singer in Bollywood and he is judging Indian idol show.

Alka Yagnik is also listed in the Top 10 Best Indian Singers list. She was Born on 20th march 1966. she is born in Kolkata Gujarati family Alka Yagnik’s mother Shobha Yagnik was the singer.

She starts to sing songs from the age of 6 years after the age of 10 years she comes to Mumbai for start. Her career as a singer, she only sings for Bollywood film and she is lots of songs sing with Kumar Sanu and Udit Narayan Alka Yagnik sings more than 700 songs in Bollywood.

His father died when Shaan was 13, after which his mother found work as a singer and took care of the whole family.

He is considered as one of the most popular voices for romantic as well as melodious songs and is one of the most versatile singers. He has sung songs of different genres like pop, sad songs, patriotic, jazz, ghazals, hip-hop, rock, and much more.

Mohit Chauhan Was Born In 11th March 1966 he is native place Himachal than Sirampur District. He is starting Studying From St. Xavier’s School Till 10th std in Delhi.

Aafter that he went Himachal Pradesh for graduation. He is complicated since in geology and he is completed his master study than he comes to Delhi and joins silk root band in 1996.

He Lounge he is album bound and sing-song Duba Duba was very famous After He is Getting Chance to start his career in Bollywood.

A.R. Rehman Was Born on 6th January 1967  in Chennai, Tamilnadu. His Father RK Shekhar, was Give Music in Malayalam Film and Rehman Also Learn Singing From Master Dhanraj In age Of 11 Years Rahman Start Band With His Childhood Friend Sivamani Were They Used To Work For  Ilaiyaraaja band.

When Rahman was nine years old when his father died For the money the family had to sell the instrument His Family That Time They Have To Convert In Islamic Dharam.

After That, He is joined band group while working and complete his study at trinity college of music in London he received a scholarship from where he graduated with a degree in Western classical music.

Kumar Sanu is also one of the best singers in Bollywood, He is also listed in Top 10 Best Indian Singers list. He was Born in West Bengal Kolkata 23rd September 1957. His Age completed 59 Years and his Real Name is Kedarnath Bhattacharya.

Kumar Sanu had a tradition of music at home His Father was a Classical Music Teacher. His Mother was also Singer and his Elder Sister Sing For Radio. Kumar Sanu Sing Sons For More Than 350 Film.

Shreya Ghoshal is also one of the popular female singers in India nowadays. She is a singer, composer, and music producer. Ghoshal had received many famous awards. She also sings in many Indian regional languages including Tamil, Malayalam, Telugu, Kannada.

Arijit Singh is most popular in best Indian playback singer in youth and for romantic songs. He sings predominantly in Hindi and Bengali including various other Indian languages.

Neha Kakkar is a famous Indian Singer nowadays in youth. She had participated in Indian Idol’s second season. She is awarded many awards in her carrier.

Not only that but also she is listed in out top 10 best south Indian Singers list.

The above list is about the popular singer in Bollywood all time. Check out here popular singing show in India nowadays.