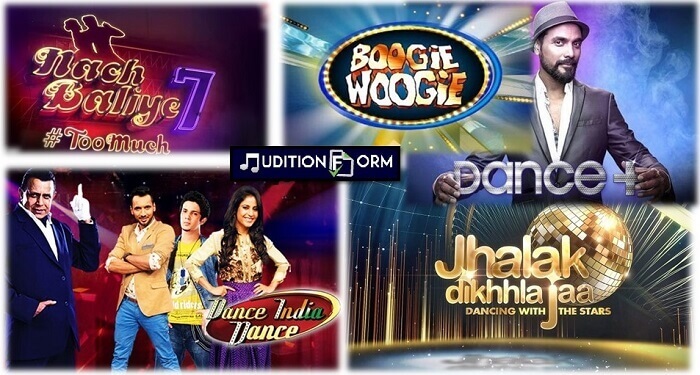 Dance TV shows are some of the most entertaining programs on the air right now. Past years have brought in a crop of competitive dance shows, reality series that follow professional dancers in their daily lives. Here Listed some popular Top 5 TV Dancing Show of India. Boogie Woogie Was the first reality Dancing Show fo India. The show was Started in 1996 promoting and by sony Entertainment television. Director and Judges of this show were Naved Jafri & Ravi Behl show. They are Indian film actor and Television host Javed Jaffrey who was the permanent judge.

Javed Jaffrey brother Naved, also the director and producer of the show. Boogie Woogie Show Hosted Along With Ravi Behl After Long Time Show Was Start by sony Entertainment television in 2003 for its 2nd season After the end of season 2, Boogie Woogie was Start With  2006, before it Came back With a new avatar in 2008. Check here winners of Boogie Woogie. Nach Baliye Show Was Started in Started 25th September 2006.  This Show Was Couple Dancing Reality Television Show. The Show First And Second Season Started On Star One After That The Show Shifted to Star Plus. The show Created By Anil Jha, Directed By Nitesh Chaudhry.

The show is a competition wherein 10 television celebrity couples compete against each other. Contestants dance to a different tune, different theme and different styles every week and scores are given by the judges. Each week one couple is eliminated based on public voting and their scores. Dance India Dance Show Was Started In 30th January 2009.  This is the biggest Dancing Competition of the India. The show is the national TV version of the Zee Bangla dance reality Show. Mithun Chakraborty was the Grandmaster of the show. The Show Was a Variety Of Indian Cultural And International Dance contemporary, Bollywood, hip-hop, jazz, Kalaripayattu, salsa, samba and musical theater styles Winning Prize Was 50 LAKH. Check full winner list of Dance India Dance. Jhalak Dhikhhla Jaa is the Indian Dancing Reality Show.  This is Showing On Colors Television Jhalak Dhikhhla Jaa Was Started in 7th September 2006. In Jhalak Dhikhhla Jaa Celebrities Perform With Professional Choreographer Partners. This Show Formate Taken From Show on BBC in the UK. Created By ABBC Production, The first season was judged by Sanjay Leela Bhansali, Shilpa Shetty, and Farah Khan. The season was hosted by Parmeet Sethi and Archana Puran Singh. Dance Plus is the second Indian Dancing Reality Show of India. This Is Showing On Star Plus The series is produced by Frames Productions. The auditions for the show were carried out in thirteen cities in India, between 3 June 2015 and 11 October 2015. The 1st Season hosted by Raghav Juyal, with Remo D’Souza as the Super Judge. Dharmesh Yelande, Sumeet Nagdev, and Shakti Mohan are the mentors of this show.

Remo D’Souza, the famous and talented choreographer who was earlier a part of the Colors’ celebrity dance show Jhalak Dikhhla Jaa, and Zee TV’s dance show. Remo D’Souza is also the director of Bollywood movies ABCD, ABCD 2 and A Flying Jet.