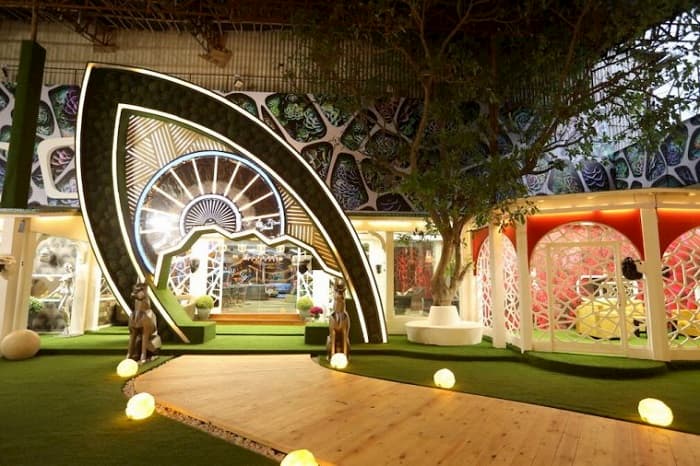 As per our source, maker of the Bigg Boss announced its new season in Few Weeks. Registration will also start for commoners, who want to earn name and fame. So here is Celebrity Bigg Boss Season 14 Contestants Name list for Hindi.

Bigg Boss is one of the popular shows of the Indian television network. The show is a production of EndelmolShine India. Bigg Boss has a huge fan following of the time.

It is a telecast on Colors TV. After the success of thirteen hit seasons of Bigg Boss makers will soon be announcing the season 14. Bigg Boss house has always been a roller coaster ride.

With some fights, some entertainment, and also some romance. The house always had some interesting things going inside.

The Bigg Boss Season 14 is going to start from 3rd October 2020 on Colors TV. Watch the Grand Premier episodes at 9 PM IST, Saturday.

Well, the unofficial or the possible list of contestants is out. Let us have a look at it. We are still waiting for the official confirmation Bigg Boss Season 14 Contestants list. But as per ABP news, Some are the announced, check it’s Instagram profile.

These contestants have been also approached for the Bigg Boss Season 14 and might become a part of the show.

Karan Kundra is one of the popular television actors. He is currently working as Rithwik Noon in Dil Hi Toh Hai. He is also famous for his role as Arjun Punj in Ekta Kapoor’s Kitani Mohabbat Hai.

Jasmin Bhasin is a popular television actress. She is currently working in the popular supernatural drama Naagin 4.

Aanchal Khurana is a winner of a popular youth show MTV Roadies Season 8 which was telecasted in 2011. She has also been a part of the popular daily soaps.

Alisha Panwar is famous for her work in Ishq Mein Marjawan which was a thriller show of Colors TV.

Bharatnatyam dancer who is popular for her role as Gopi Modi aka Gopi Bahu in Star Plus’s Saath Nibhana Saathiya.

Chetna Pande has also been a part of one of the shows of MTV India. She is a popular actress in the industry.

Akanksha is famous for her work in Malayalam, Bollywood, and the Tamil industry. She was also seen in Calendar girls.

Aarushi is been a part of a popular youth show MTV Splitsvilla. After which she was seen in MTV Roadies. Both the shows are a telecast of MTV India.

Mansi Srivastava is famous in the Indian television industry. The actress made her debut in the industry in 2012 with Suvreen Guggal on Channel V.

This is a possible list of the contestants of Bigg Boss 14 however the makers have not yet made an official confirmation about the contestant list.

Bigg Boss comes up on television with seven different languages. As it is one of the most loved showed on the television. The most recent season of the show was also a hit.

Bigg Boss 14 will soon be airing on television. However, there is no official announcement of the dates yet by the makers. We will soon be updating it here after an official confirmation from the sources.

How to do Bigg Boss 14 Registration

Auditions for season 14 will be starting soon on Voot Website and mobile App. Makers have not released any news regarding the audition of the season.

Who will host Bigg Boss 14 Hindi?

Bigg Boss is host by the popular superstar Salman Khan. Also, it had the weekend Ka Vaar which was hosted by Salman Khan where he gave tasks for the contestants.

Bigg Boss 13 winner trophy was won by Dil Se Dil Tak actor Siddharth Shukla. Check out the previous all-season winner name list. He was one of the strongest contestants in the house. Also, his chemistry with Shehnaaz Gill was amazing on the show. All their fans call them SidNaaz.

Contestants are asked to live in a Bigg Boss house for a particular period. Without the internet and social media. Where they have their work distributed for the whole day. And also have a different task to perform.

For more recent updates about the Indian television industry stay tuned with us…!!